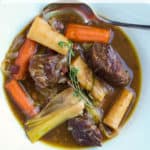 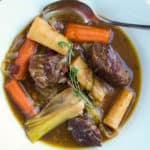 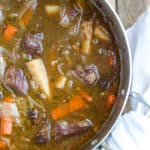 Beef stew with red wine, my take on the French classic beef burgundy, with caramelized root vegetables and leeks.  Comfort food to the max! 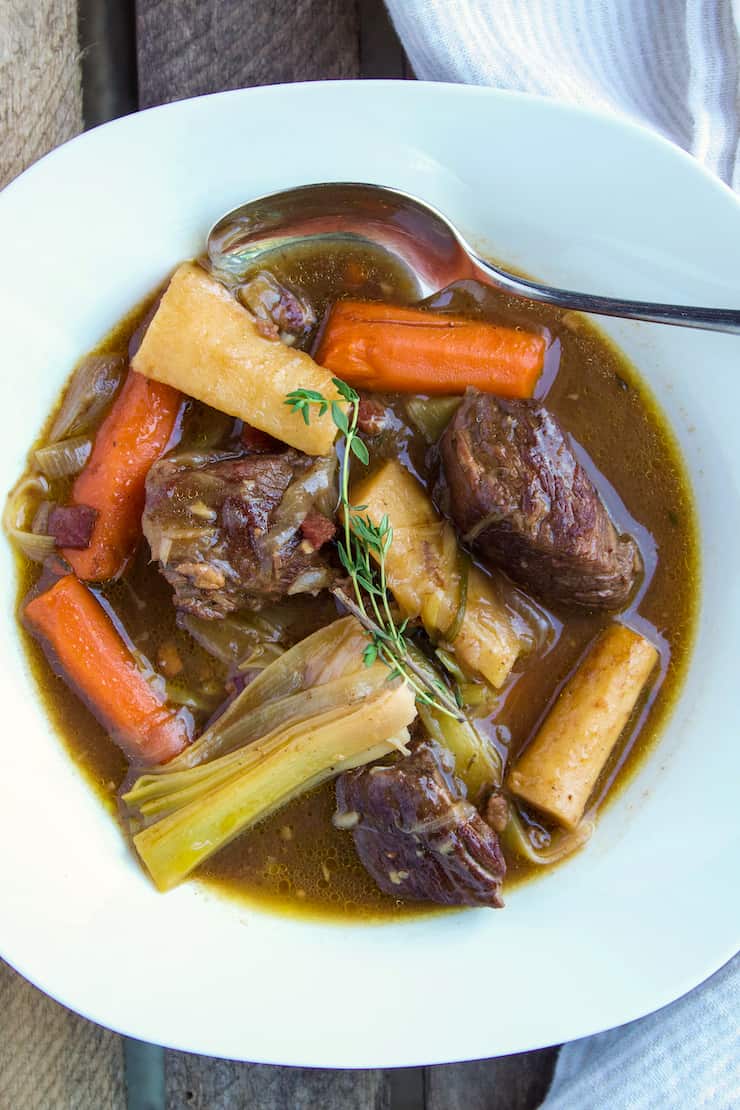 It's cold out, finally, it's been a pretty mild winter so far in Missouri.  Now that the holidays are over, and we survived the 2015 Christmas Flood, the weather has turned chilly and there's talk of snow coming.  So now I want to make soups and stews and braises, and curl up with a blanket and a bowl of comfort.

I just made one of my favorites, my take on beef burgundy or beef bourguignon.  I make a beef stew braised in red wine with caramelized root vegetables and leeks.  It is perfection in a bowl in winter. 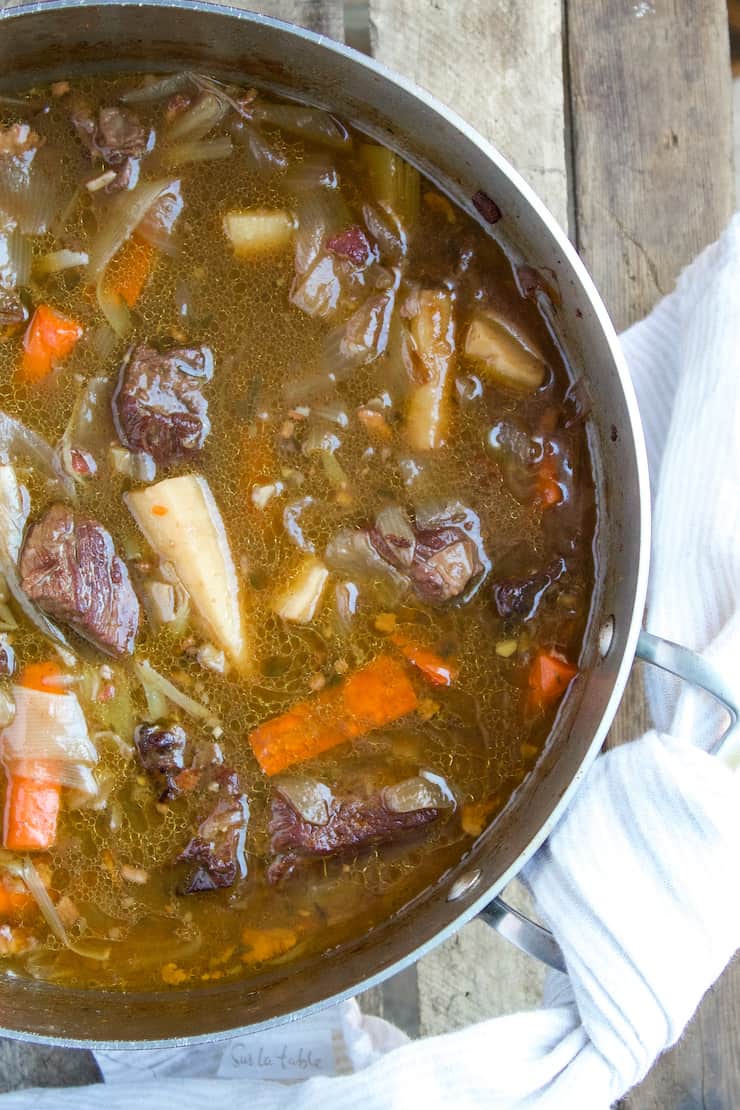 I came up with this stew many years ago, I think I just combined elements from different stews I liked and came up with my version.  I tended to make this stew when I entertained, usually around the holidays.  As I was thinking about this, I realized I hadn't made it for several years.  Don't really know why not.  Meathead just proclaimed it the best stew I've ever made. 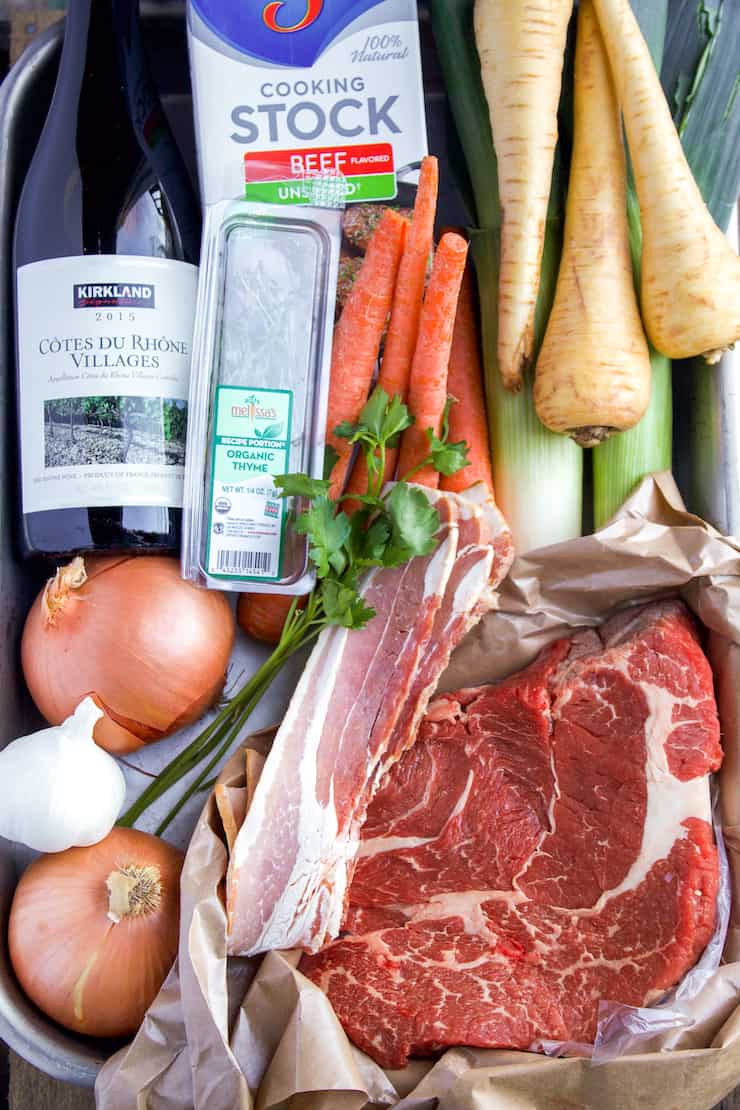 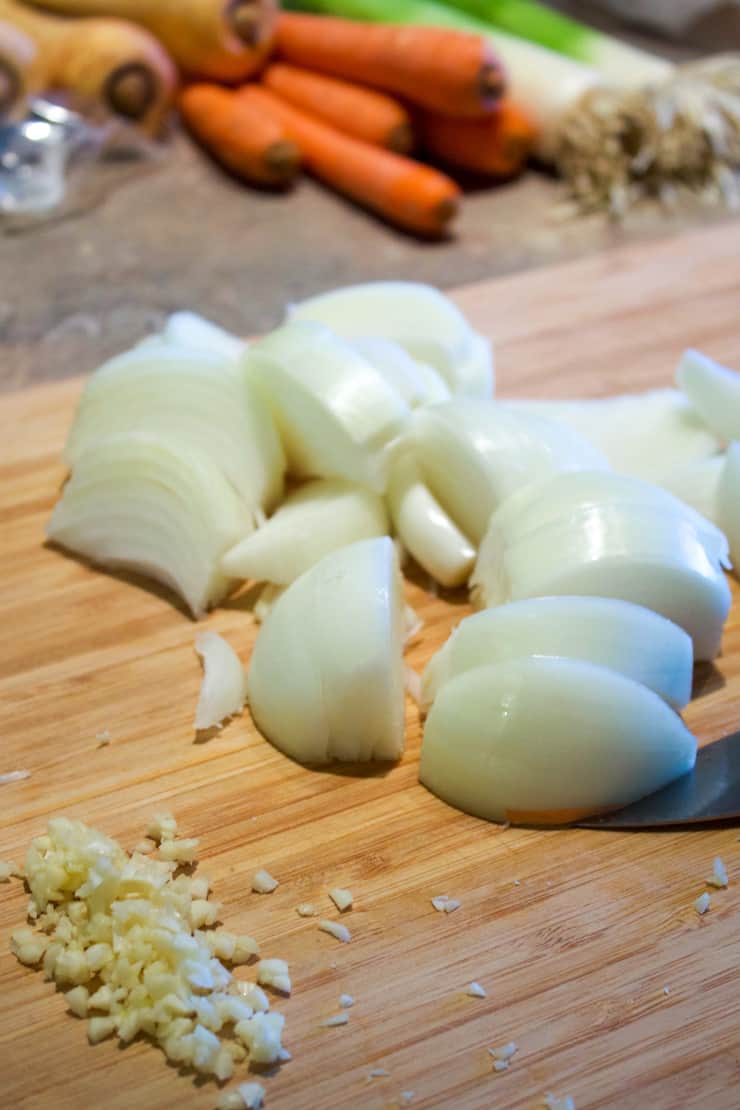 I had most of the ingredients on hand so it was time to make this delicious beef stew again.  It starts by browning pieces of beef chuck in bacon drippings, which I happen to keep in the fridge.  Most of you will need to fry up some bacon to get the needed rendered fat, and then put the bacon back in later. 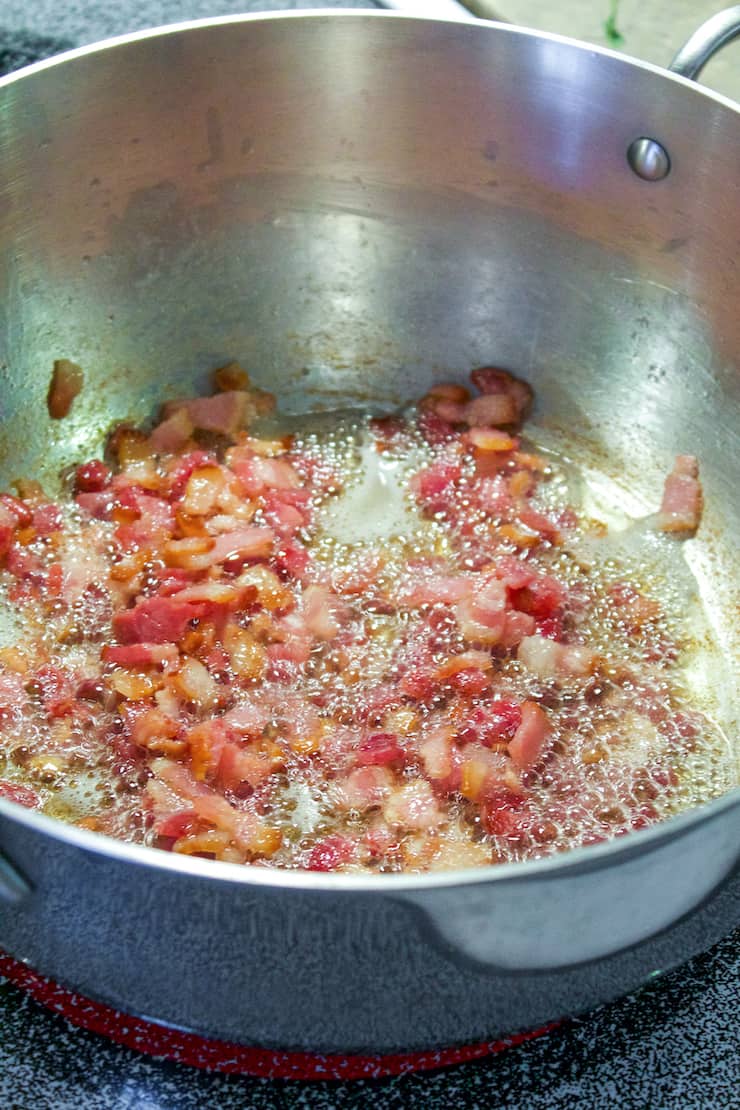 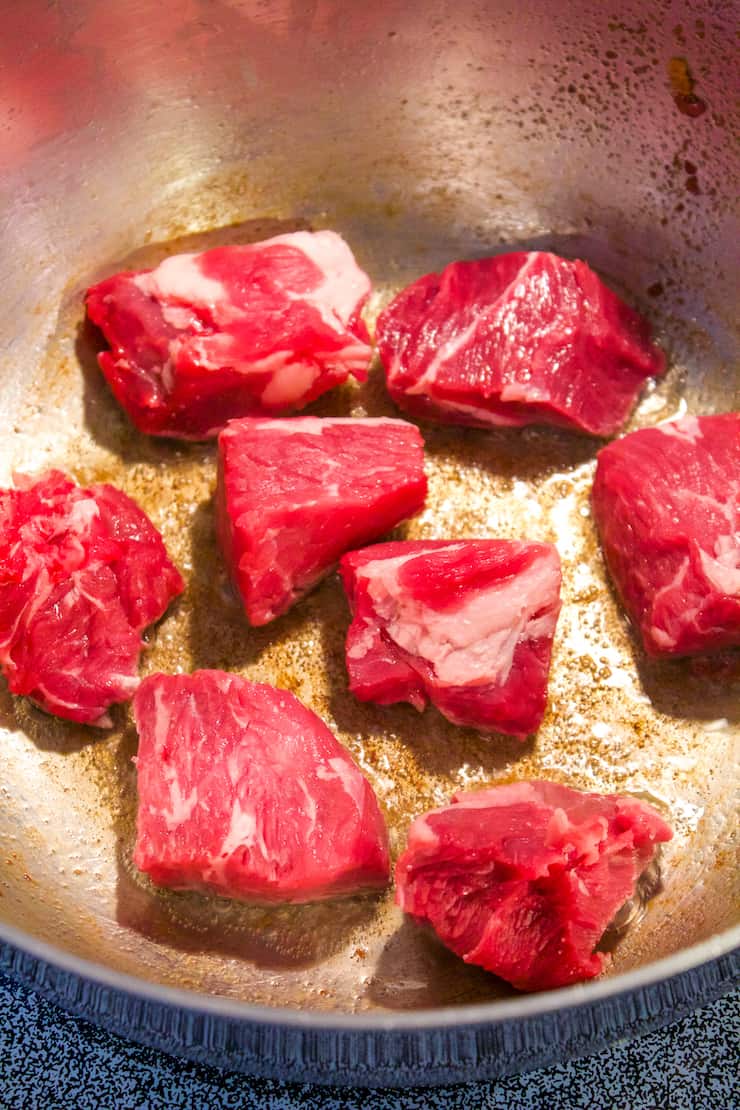 The onions are next and I like them cut into small wedges.  They brown in a little more bacon drippings and then I add some garlic.  The braising liquid is part beef stock and part red wine.  This braises for about an hour and a half before I add more vegetables.

Here's how to prepare some really tasty root vegetables for this stew.  I like parsnips and carrots, and leeks, and yes, I know, leeks aren't technically a root vegetable but they kinda, sorta are and often are called a root veggie. 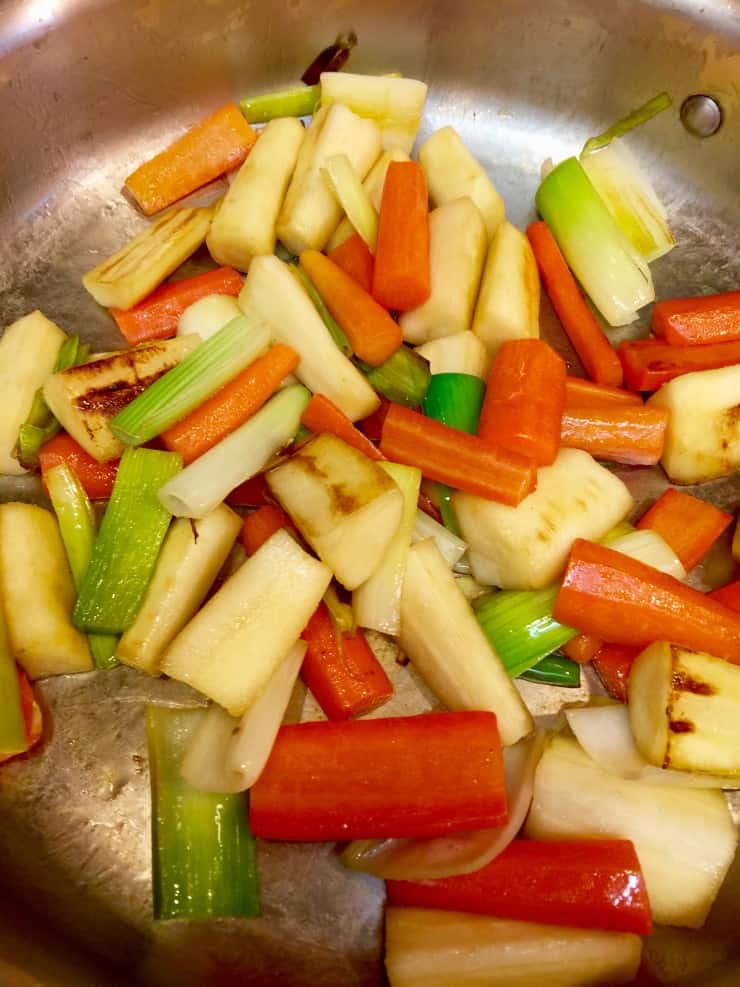 I cut them into approximately 1½-inch pieces/chunks and toss them in a large pan with some more bacon drippings.  Then I sprinkle them with about a teaspoon of sugar and cook and stir until they start to brown and caramelize.  About 20 to 30 minutes before the meat is done, I add these sweet, browned veggies to the pot.

The reason I have bacon drippings is that my mom gave me her bacon grease container that I remember from my childhood.  It has a strainer in the top and you just pour your bacon grease in and the black stuff stays in the strainer and underneath you have clean bacon drippings, or grease as they say.  So that's what I used, I didn't have any bacon, no worries. 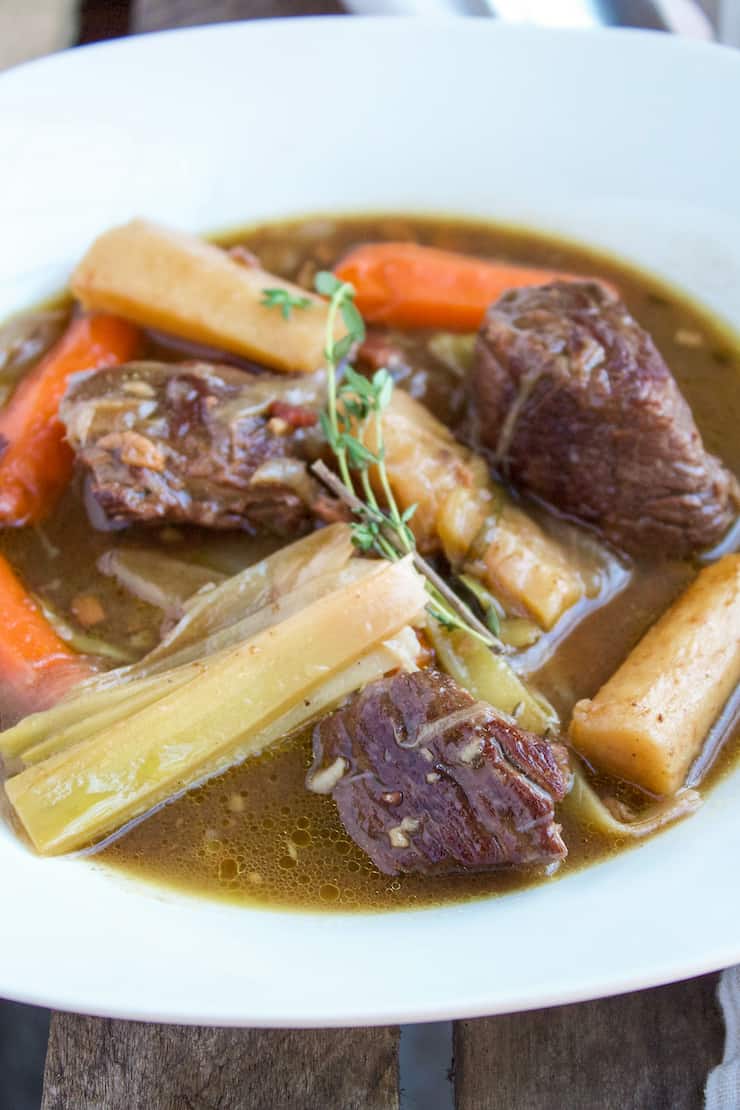 This beef stew with red wine and caramelized root vegetables and leeks is really, really good.  The sauce is divine, be sure to spoon as much as you can over your meat and veggies and buttered egg noodles.  Make a pot on a cold weekend for Sunday dinner, I guarantee it will warm you up.  Best, Kelly🍴🐦 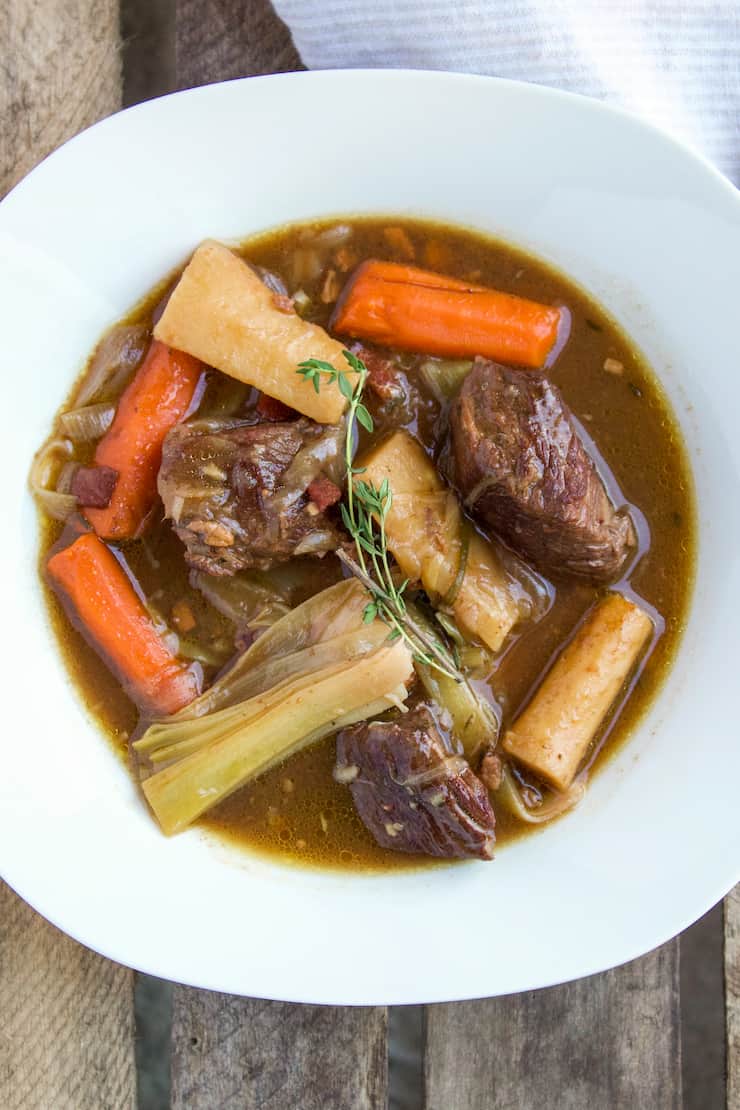 UPDATED: Originally posted In January, 2016, spruced things up a bit in January, 2020, no changes to original copy. 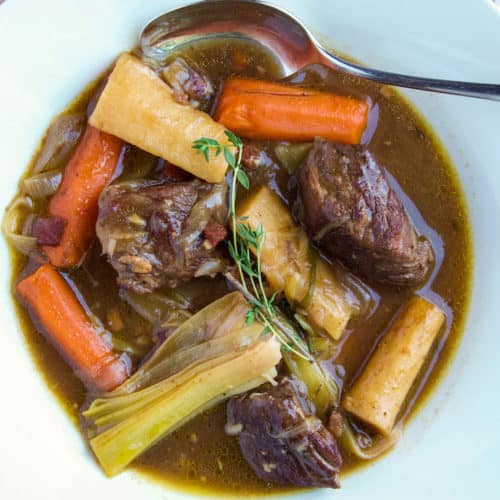 Taking comfort food to the next level... cozy.

It's time for stewing and braising...