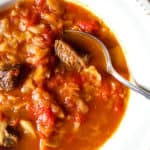 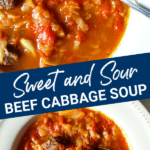 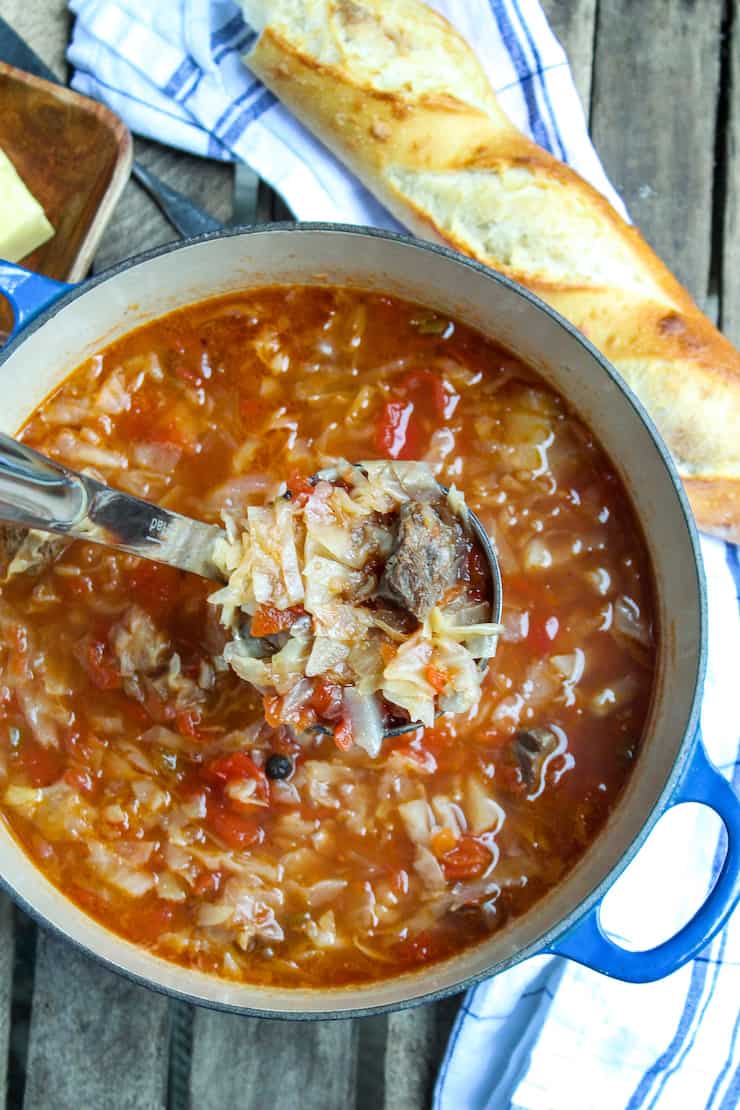 When we lived in St. Paul, Minnesota, one of our favorite spots was Cecil's Deli.  Loved that place and ALWAYS got a reuben and a cup of cabbage soup.  That soup ~ sweet and sour, with tender pieces of beef in a tomato-based broth with cabbage.

I crave that soup and recently stumbled on a recipe for cabbage soup in my local newspaper that sounded similar, the food writer says it's based on his mom's version.  I tried it and this sweet-and-sour beef cabbage soup is just like Cecil's! 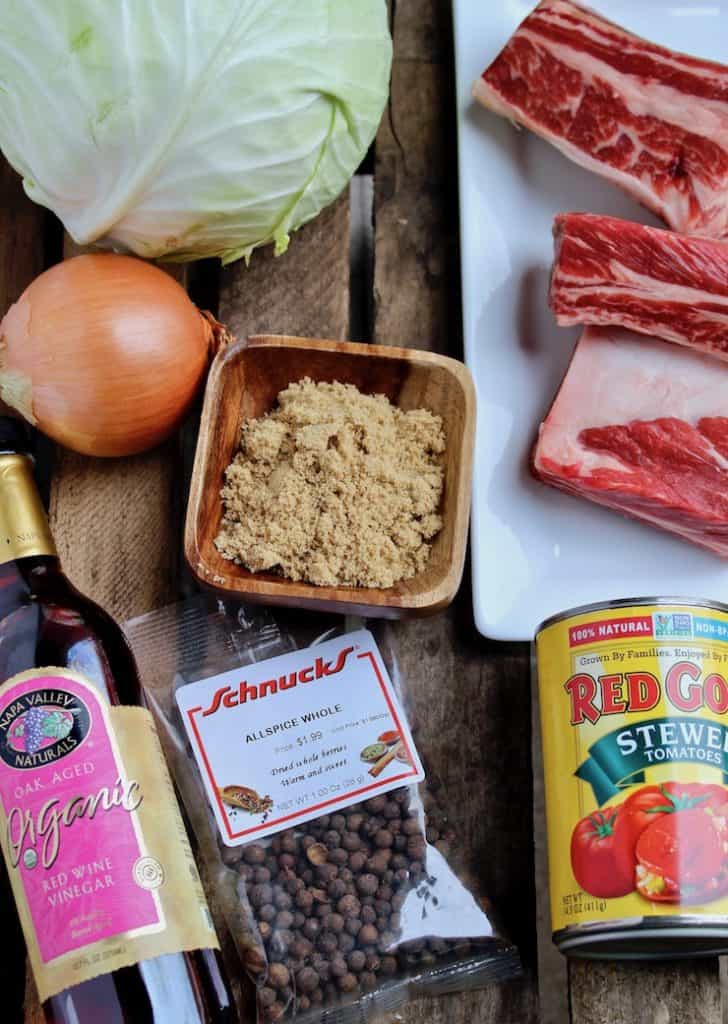 This recipe uses beef short ribs, which are a favorite of mine, a little onion and stewed tomatoes.  The flavoring is primarily from allspice, both whole berries and ground.  And the sweet-and-sour comes from brown sugar and red wine vinegar.  No chicken or beef broth, just water and simmering everything until the broth has the right concentration. 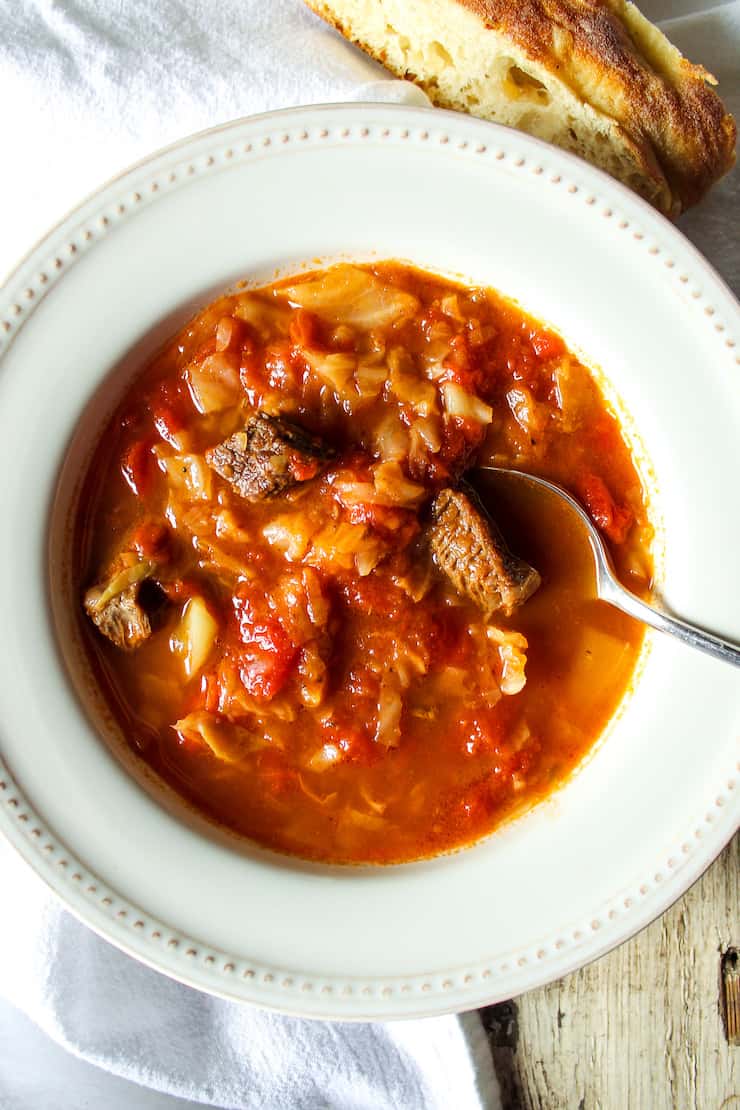 Like with so many soups and stews, this soup is much better the next day.  And after overnight refrigeration, any fat still there is hardened and easier to remove.  I definitely recommend making it a day in advance. 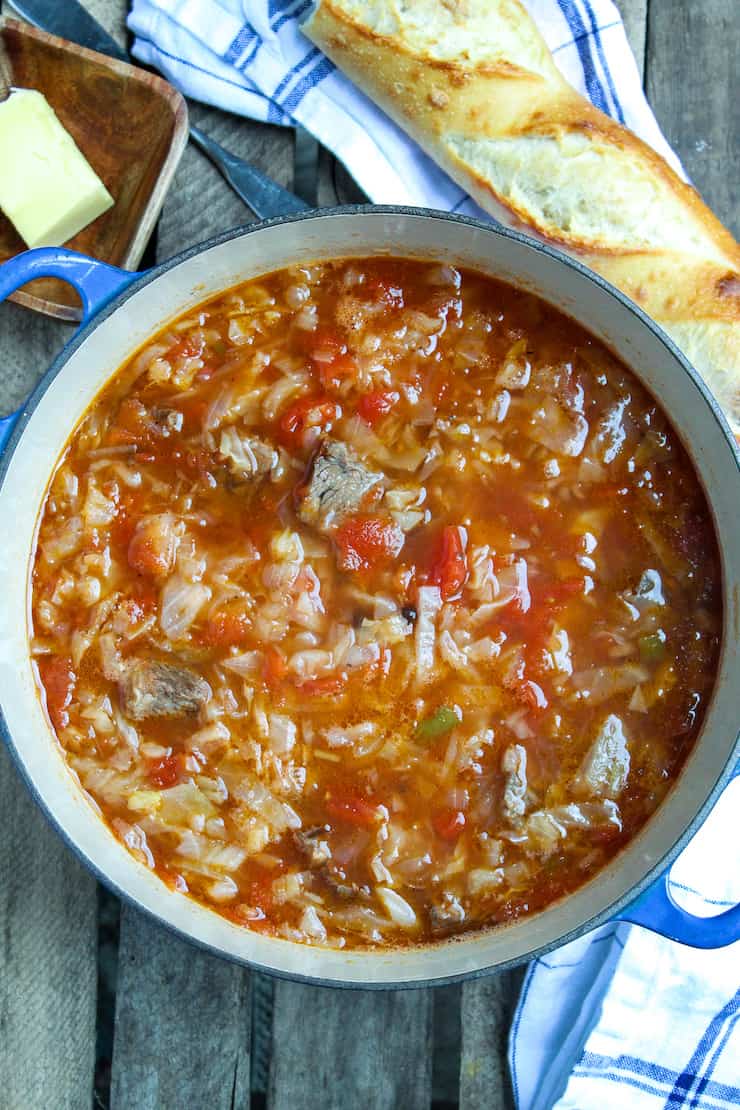 Meathead loves this soup, and when he brought some to work for lunch, a co-worker went nuts and said he had to have the recipe.  I know the feeling, it's that good ~ just like Cecil's.  Best, Kelly🍴🐦 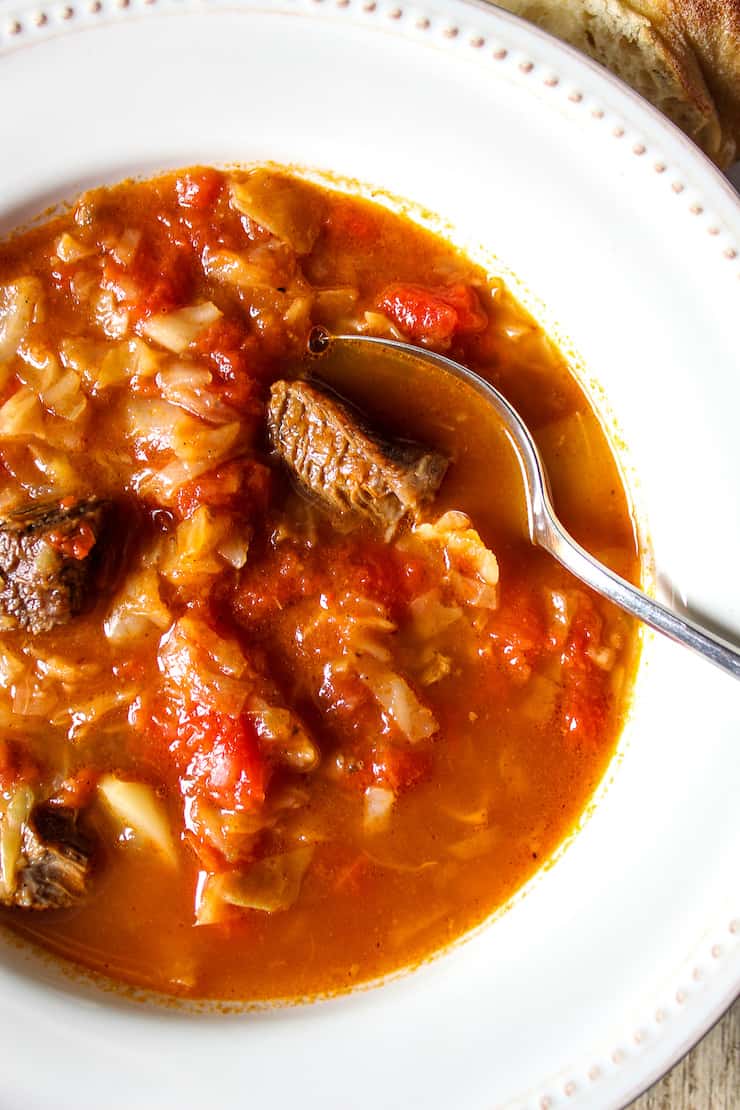 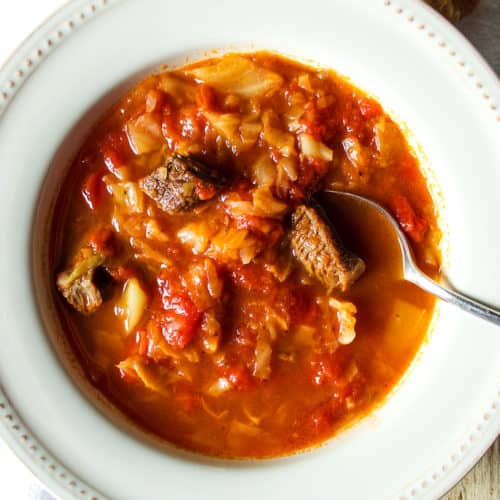 I love to serve this with a crusty bread to soak up every last drop.

I have a similar recipe that also includes sauerkraut with the cabbage. Oh so yummy. Even here in Texas it gets cool and love it. Freezes well. Too!

I bet it's delicious with sauerkraut!

This recipe is to die for...easy and yummy...didn't have Allspice berries found substitution was ground allspice...used 1 teaspoon...couldn't find bone-in shortribs so use boneless...bet even tastier using bone in.

This turned out amazing! Just as good as the soup I get at the deli. Thank you!

I was really looking for that east coast Jewish deli cabbage soup that I grew up on... AND THIS IS IT. I added a little ketchup and withheld some vinegar, and I couldn’t find all spice berries, so I added some extra ground allspice. Next time I might add a bit more cabbage (personal preference). Thank you!

I know!! Nothing like it and it's so simple. Glad you liked it and made it your own.

This was so good. Everyone loved this soup. Had so many ask for the recipe. I will definitely make this again!