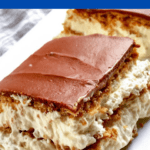 Éclair Cake, a simple refrigerator cake made with layers of vanilla whipped cream and graham crackers, topped with a decadent chocolate glaze. 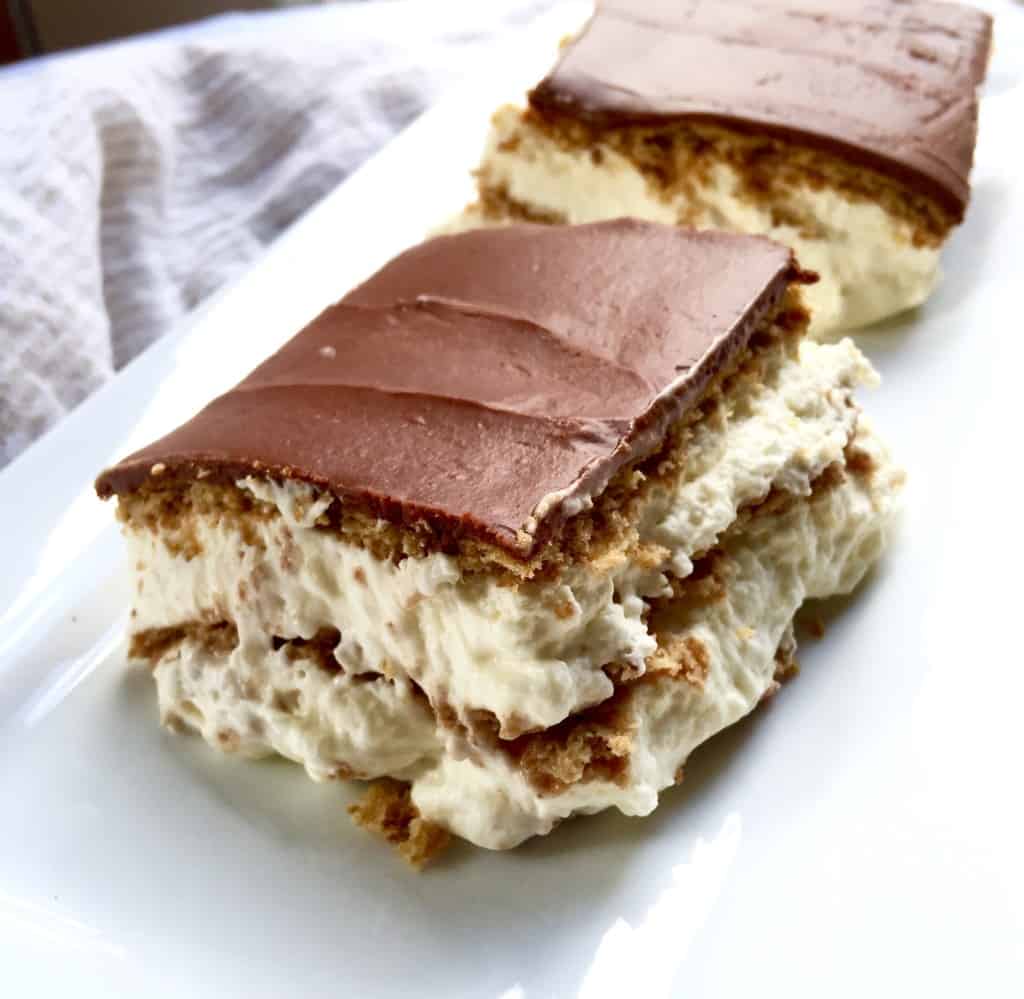 Éclair cake, layers of vanilla whipped cream, graham crackers and topped with a decadent chocolate glaze.  If you're a regular reader of this blog then you know I don't bake a lot.  But since it's Valentine's Day coming up, I thought I'd make a couple desserts for the special day.

I also noticed that these desserts are from a friend in Minnesota.  Like, I think this is the fourth dessert I've shared of hers.  Éclair cake, no baking required! 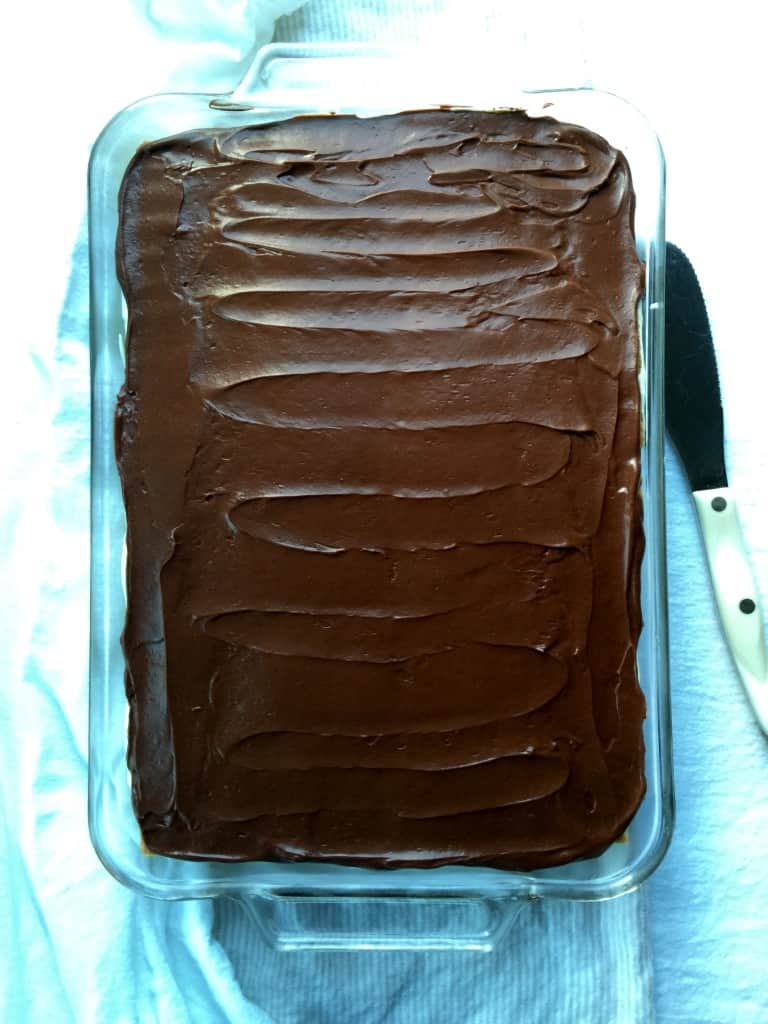 Almost 20 years ago we moved to the Twin Cities.  My friend had us over for a birthday party for one of her sons and she made this éclair cake.  So good, everyone loved it and she gave me the recipe.  I have been making this ever since.  I took it to a potluck once and people went nuts over it, someone even thought it was tiramisu.  Ha! 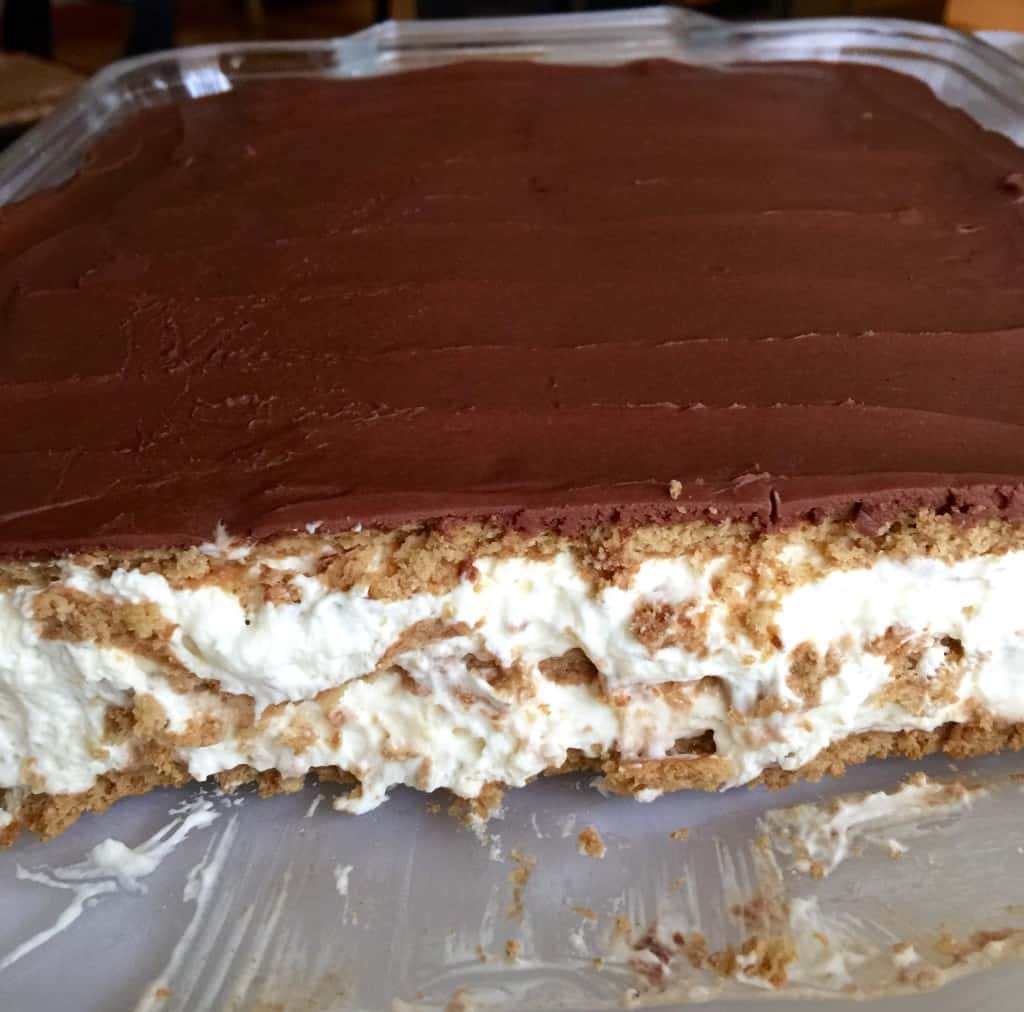 The recipe calls for non-dairy whipped topping, i.e., Cool Whip.  Yuck.  I have a thing about certain things, this is one such thing.  I prefer the real McCoy.  I use it anyway, but this time I decided to try using real whipped cream.

The inspiration comes from the banana pudding at Magnolia Bakery in NYC.  They use real whipping cream, vanilla pudding mix and sweetened condensed milk.  So that's what I tried and it was a perfect fit for this cake. 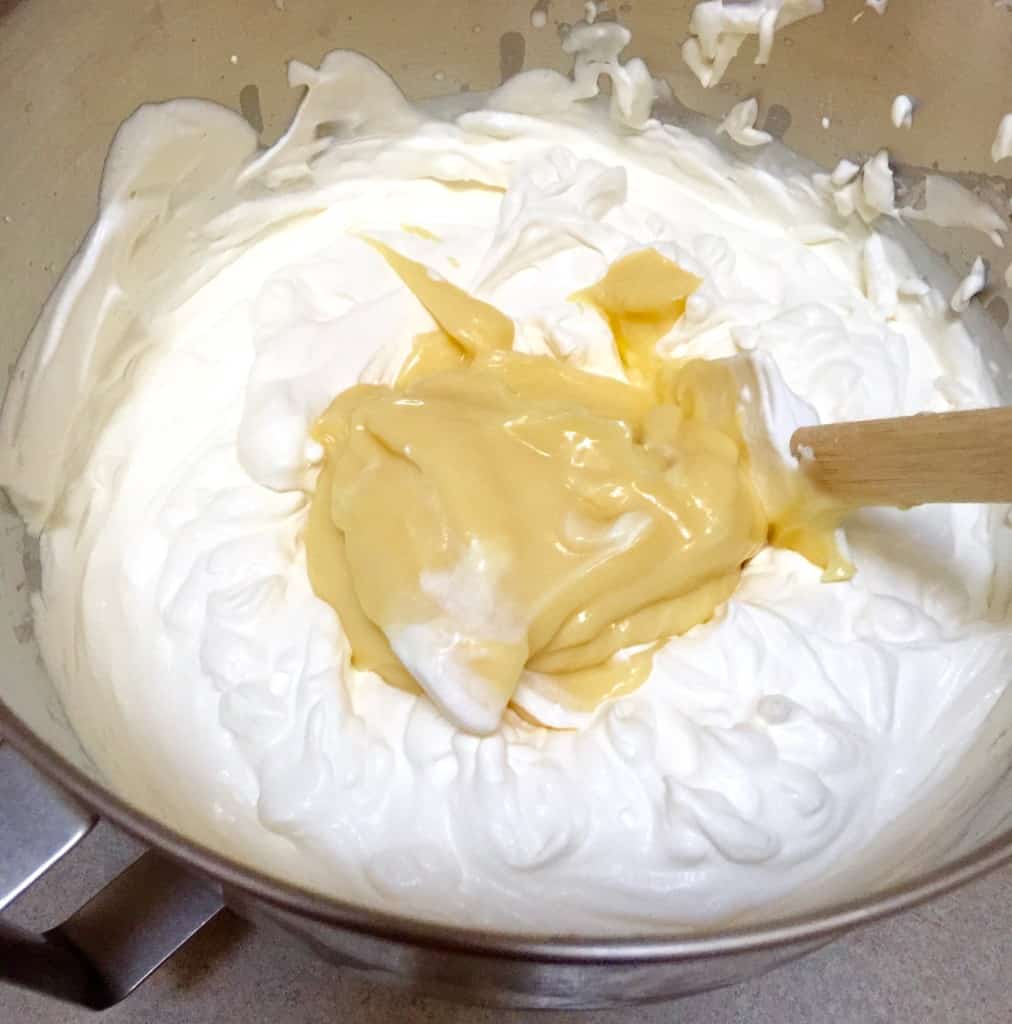 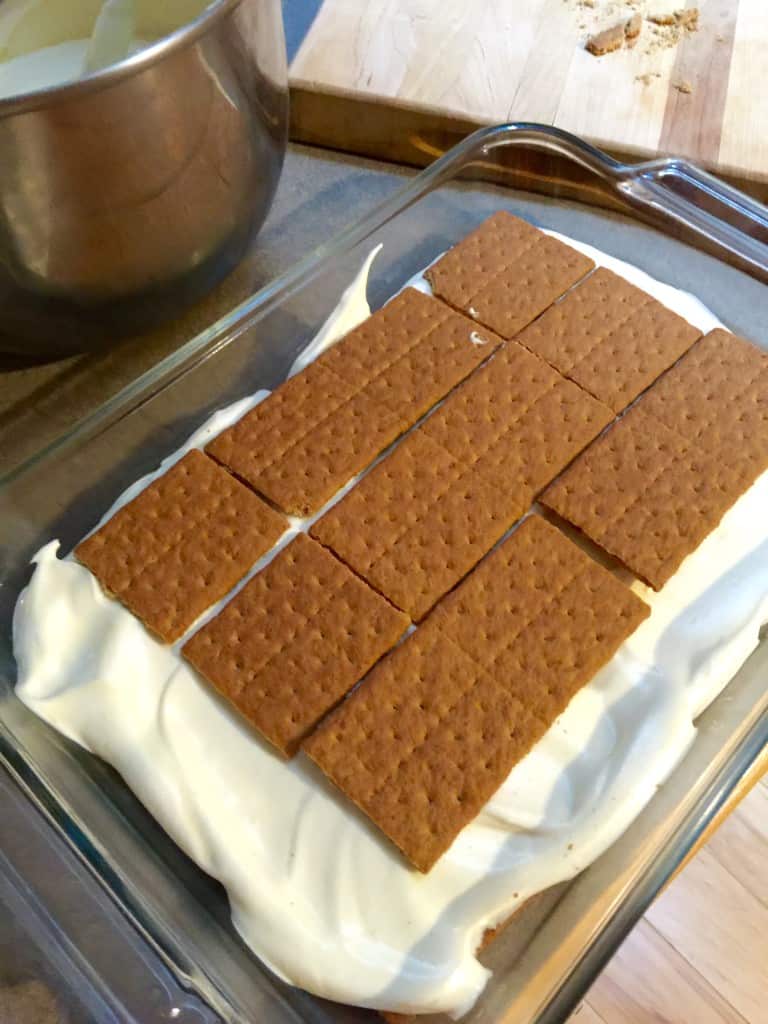 I'm giving you the recipe as I've made it for years, and I'll footnote the real whipped cream filling if you want to try that.  Both ways are very good, and maybe you're not weird about Cool Whip like I am.  I'm also weird about cream of whatever soups and non-dairy coffee creamers.  But, hey, that's just me.  Happy Valentine's Day ~ Kelly🍴🐦 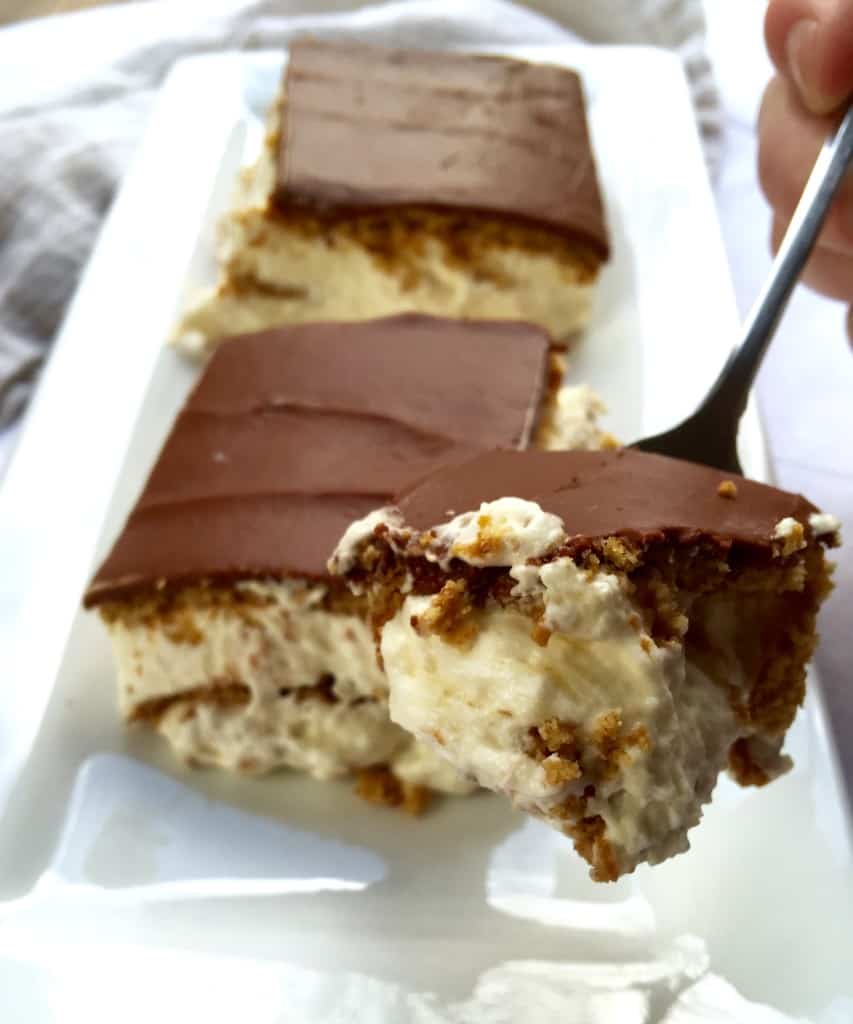 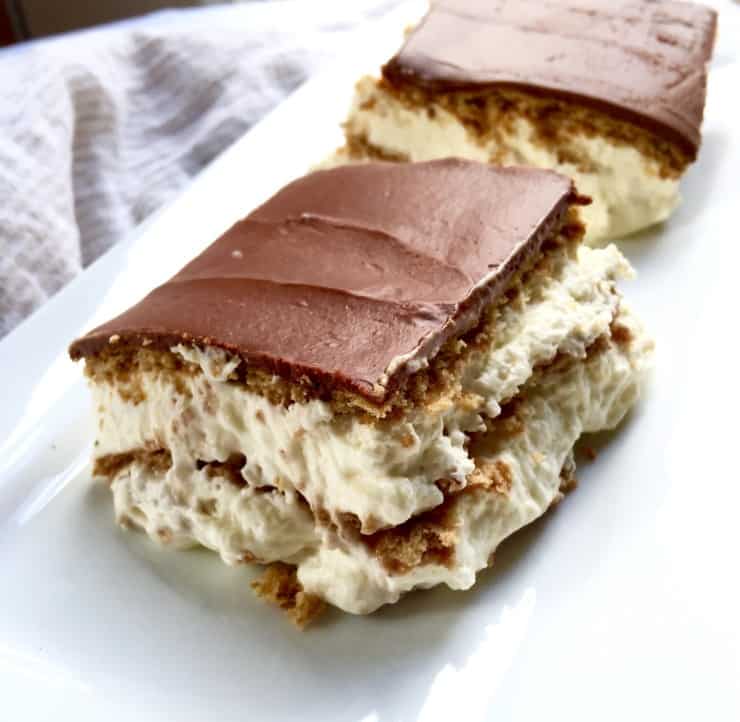 To make real whipped cream filling, combine 1 box instant vanilla pudding mix, 1½ cups water and 1 (9-ounce) can sweetened condensed milk in a large bowl. Whisk until well combined. Cover and refrigerate until firm, at least 4 hours. In bowl of mixer, place 3 cups heavy whipping cream and whip until stiff peaks form. Fold in pudding mixture, half at a time, and gently combine until there are no streaks. Assemble cake as per instructions above.

Now, I didn't make this (yet), but I got to eat it at the same party with the braised chicken. I've been talking about the Hungry Bluebird, and a friend made this. It's outrageously good, a cloud of whipped cream and chocolate. Silence descended on the dining room as everyone focused on eating one of the best desserts I can remember someone serving. Thank you!

It's so easy and so good. One of my kids favorites. That's so neat your friend made it and brought it for dessert, makes me happy.

If it's topped with a decadent chocolate glaze, I'm all in!