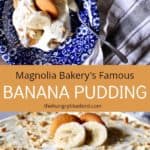 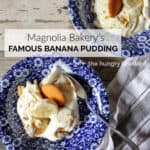 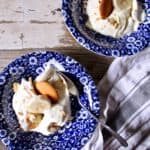 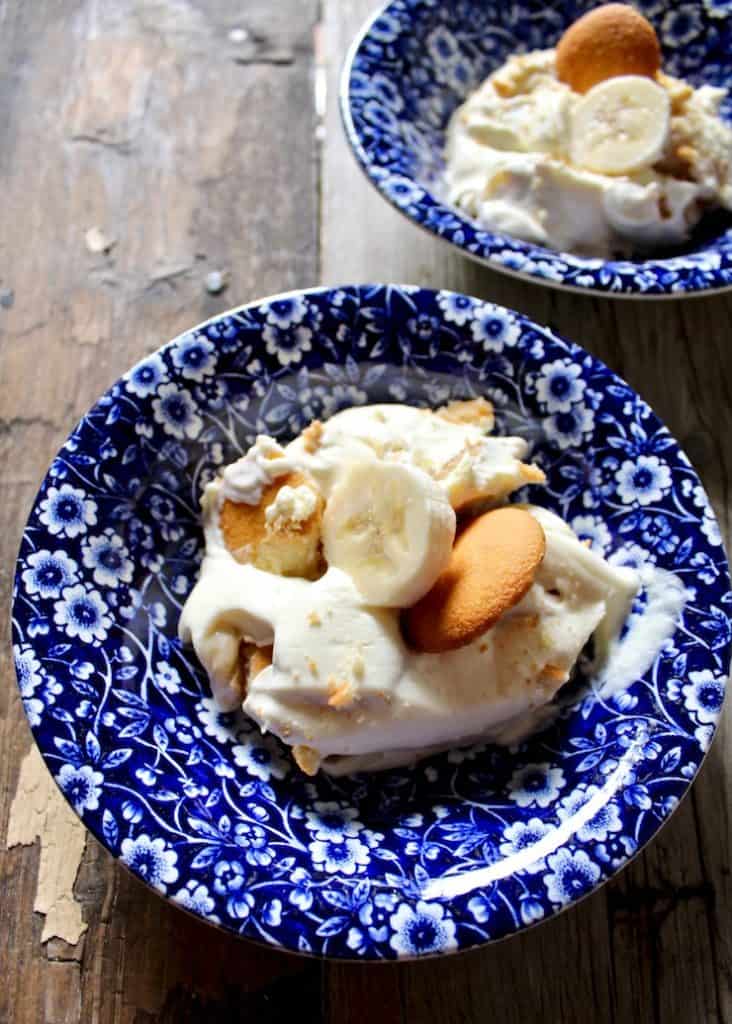 I have three daughters, two of which attended college in New York City.  I'm pretty sure the first thing they both discovered was Magnolia Bakery.  At the time, the draw was their cupcakes.  But on one visit, while waiting in line, they were handing out free samples of banana pudding.  My middle daughter was hooked ever since.

I remember those banana pudding samples, and I remember thinking it was really good.  I also thought it must be some highly complicated, highly guarded secret recipe.  It's neither complicated nor top secret and the recipe can easily be found on the web or in The Magnolia Bakery Cookbook.  And wait until you see the ingredients, they are practically staple pantry items. 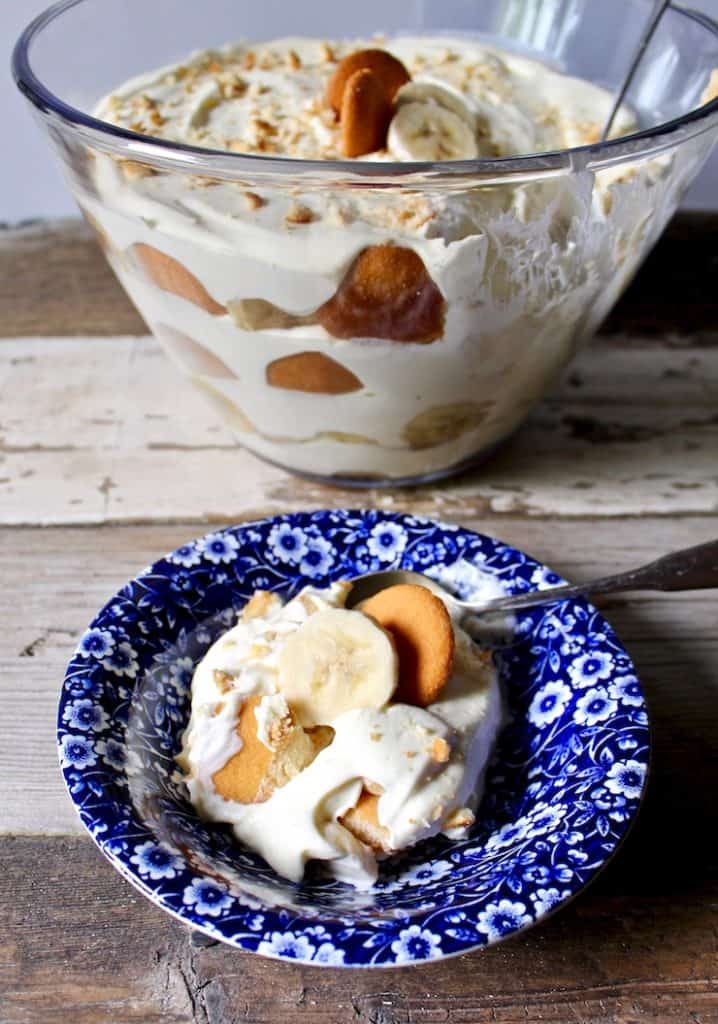 Are you ready?  Vanilla pudding (from a box!), sweetened condensed milk, heavy cream, Nilla wafers and bananas.  Surprised?  I was but I was relieved to see I could make this at home so easily and it would taste like I got it from the bakery itself.  And my daughters were pretty happy with this discovery.  Just make the pudding mixture and then layer it with the Nilla wafers and bananas and chill.  Voilà! 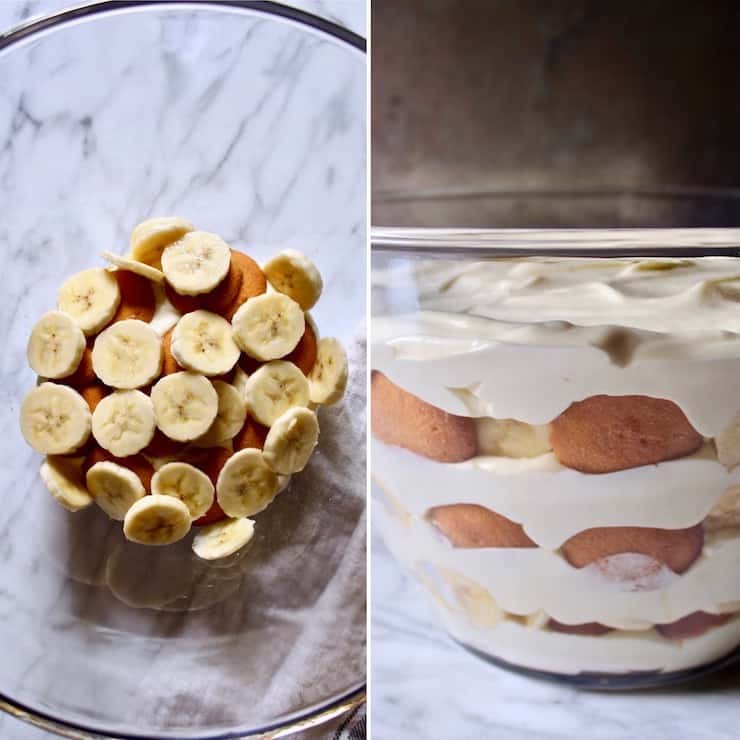 I made the pudding in a trifle dish for you guys, but any container works, including the 9" by 13" glass dish I usually use.  My girls make this all the time and have even used Tupperware to assemble and serve it in!  At least it's portable that way, and they usually make the banana pudding and take somewhere. 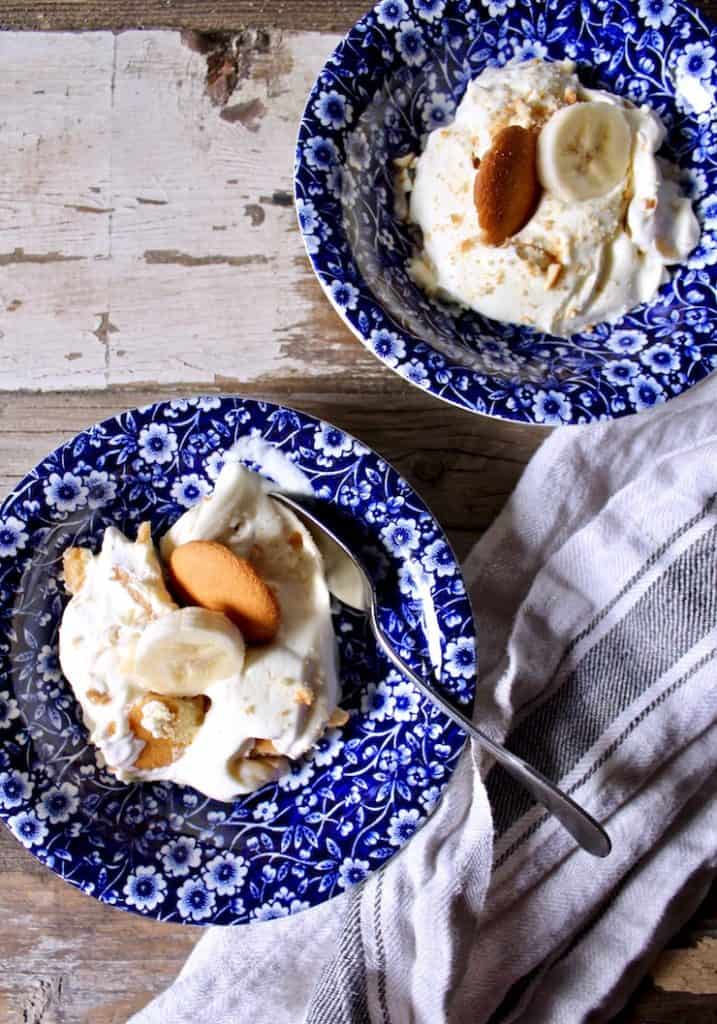 If you've never been to NYC and Magnolia Bakery, just trust me on this.  You need to make their famous banana pudding, you will love it! ~ Kelly🍴🐦

Another creamy, luscious dessert you might also like is my no-bake Eclair Cake, also one of my family's favorites. 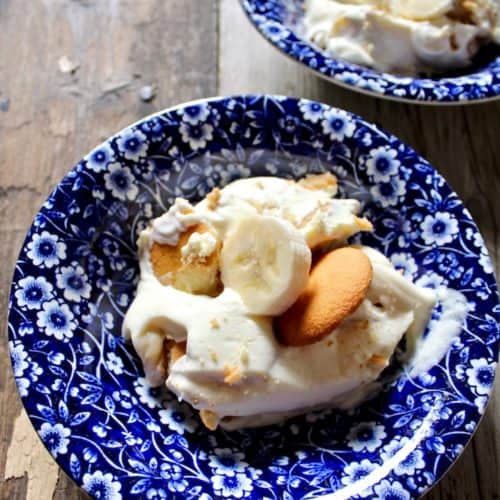 You can go as plain or fancy as you'd like. Use your best trifle dish or layer it in a cake pan. Even use a plastic bowl with lid for easy transportation.

I brought this to work and my coworkers tried it, made this face: 🥺. And told me I’m going to be a great mom one day 🤣🤣😂. But really, it’s the absolute best!!

I found this recipe last year and I bring it to every party or special occasion possible, because it’s seriously the best banana pudding ever!

Thanks Alex! Grace makes it all the time!

Can I use dr. Oetker vanilla pudding mix(that usually is cooked)?