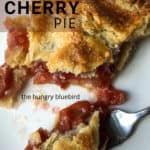 Homemade cherry pie with tart cherries, fresh in season or canned, tossed simply with sugar and tapioca and baked in a perfectly flaky crust. Probably my favorite summer fruit pie! 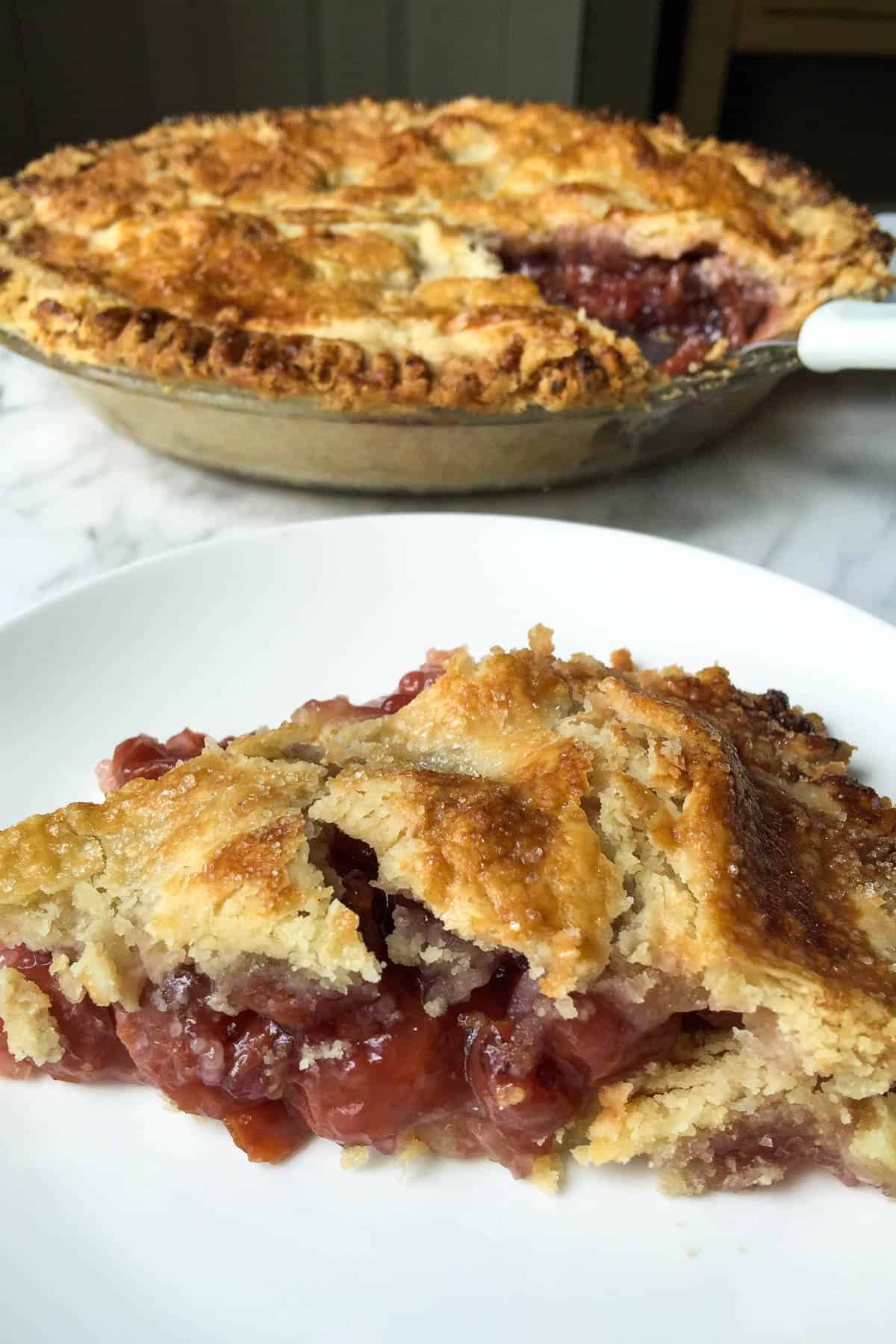 When we lived in Chicago years ago, near Wrigley Field, I would get up early on Saturday mornings and go to the farmers market in Lincoln Park.  This really was before farmers markets became plentiful and popular.  I knew most of the vendors and often chit-chatted away with them about their produce and flowers.

I absolutely loved those Saturday mornings.  And then, my friend and I would talk that weekend about what we found that week at the market.  "Did you see the gladiolas?  Sweet corn is in.  They had cherries today!"

The "Fruit Man" was from Michigan.  For a very short window, two weeks, maybe three, he had tart cherries.  Gorgeous, unblemished, just picked tart cherries.  I'd buy a couple containers and go home and make a cherry pie that day.  If my oldest daughter, who was about three years old, saw the cherries on the counter, she would squeal "Cherry pie!!". 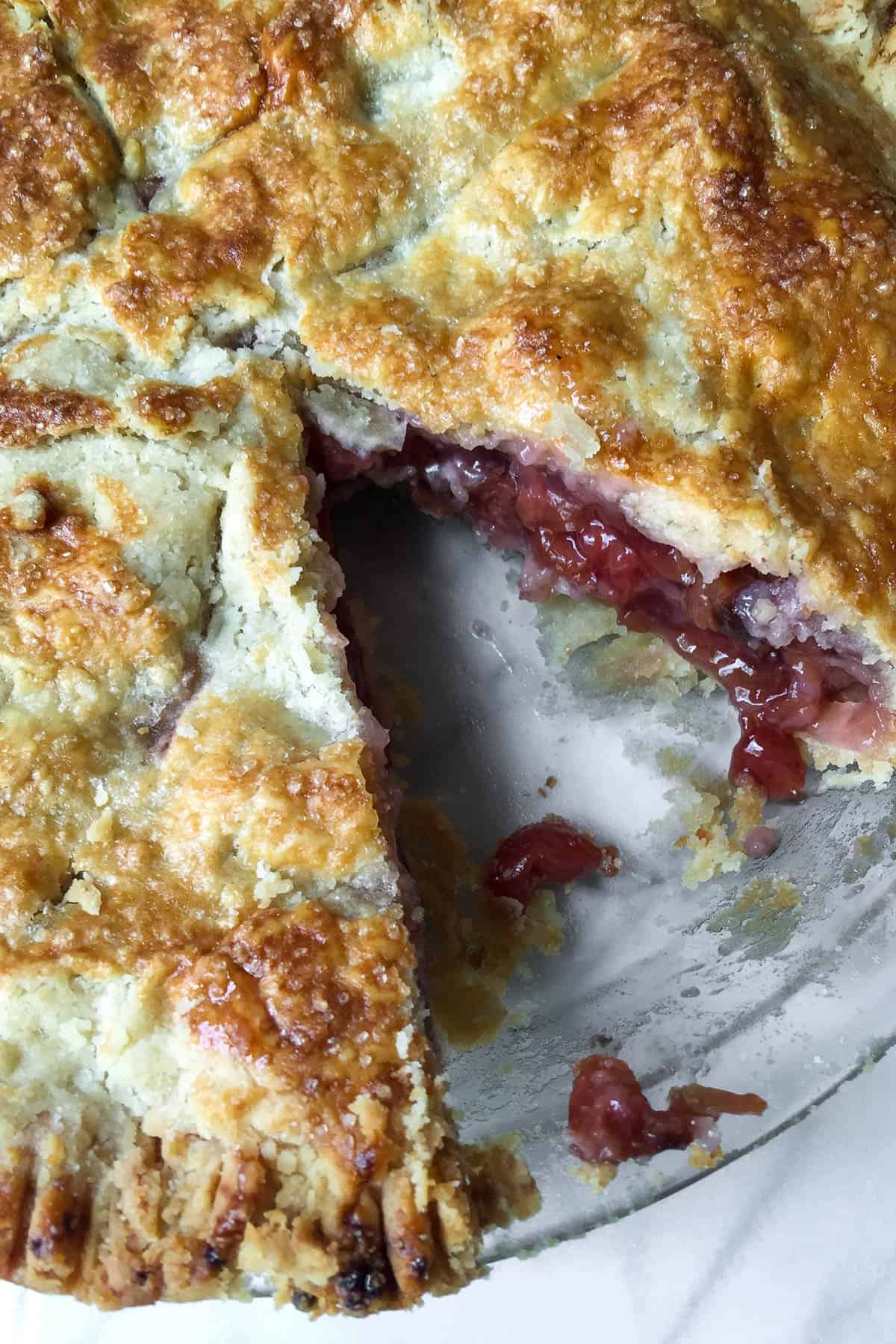 HOW TO MAKE TART CHERRY PIE FROM SCRATCH 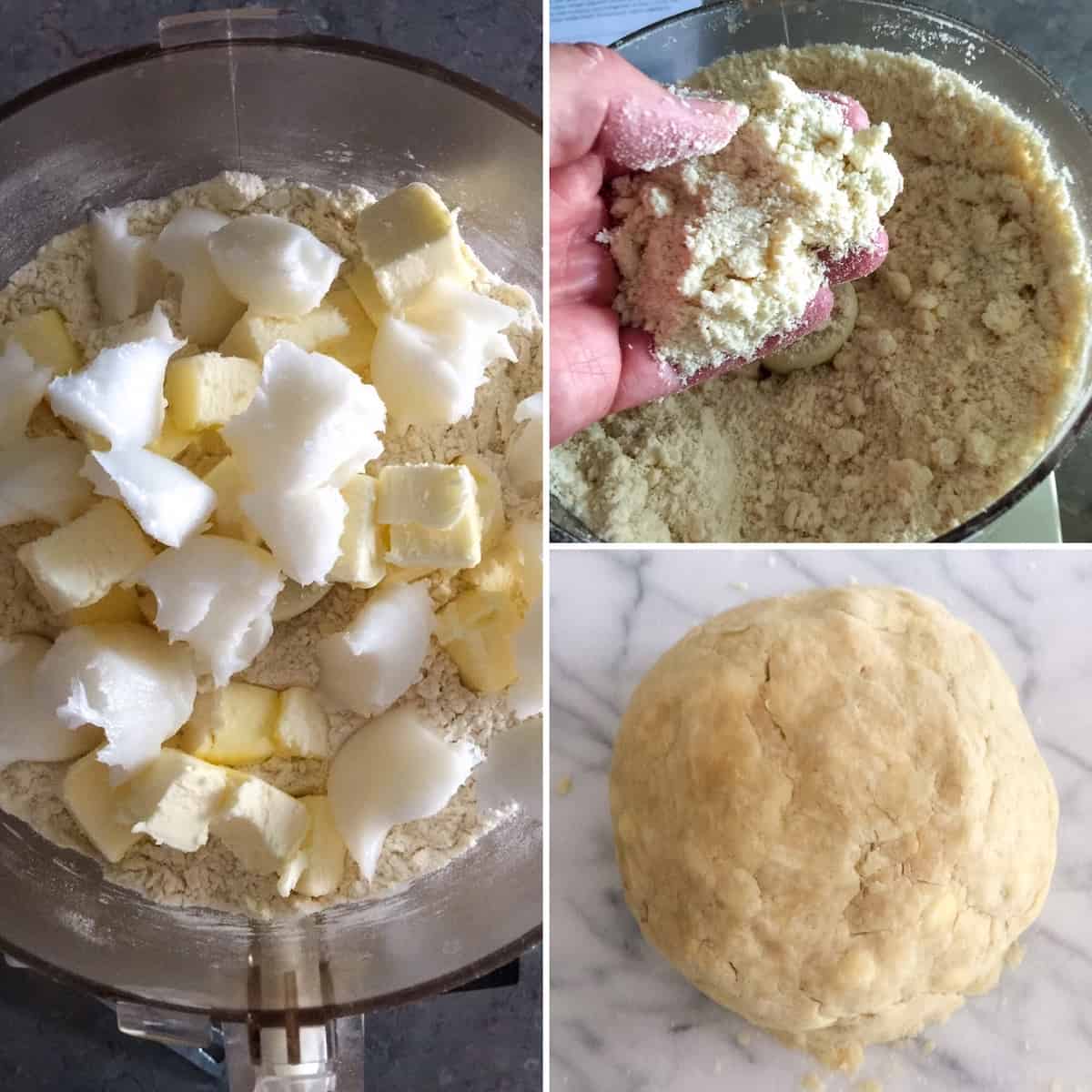 Step 1: Make your crust, pulse ingredients in the food processor until coarse crumbs form.  Add ice water a little at a time until a ball forms and holds together. Divide in two, wrap and chill. 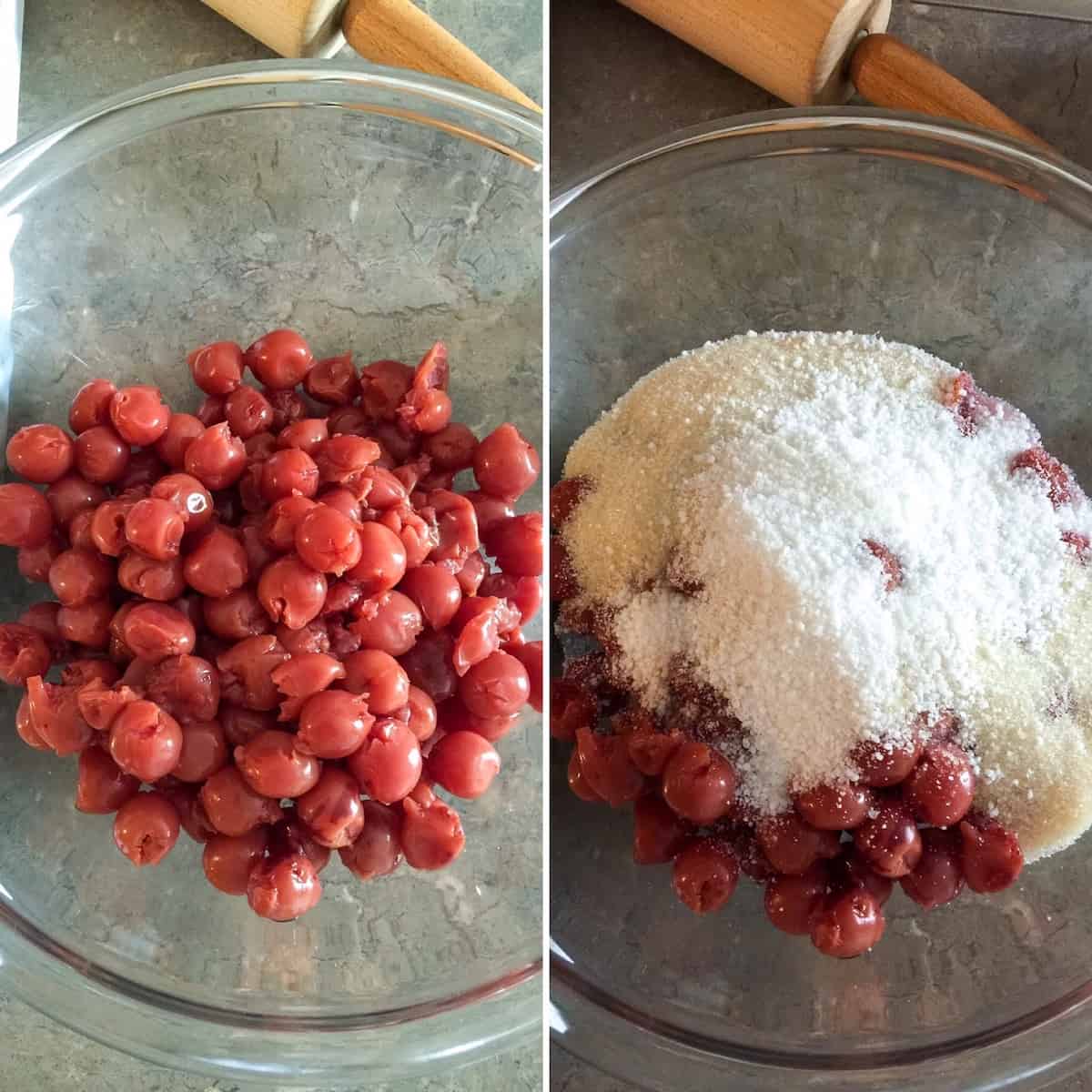 Step 2: Make the filling.  Toss cherries in large bowl with sugar and tapioca.  Whisk together the egg wash and set aside. 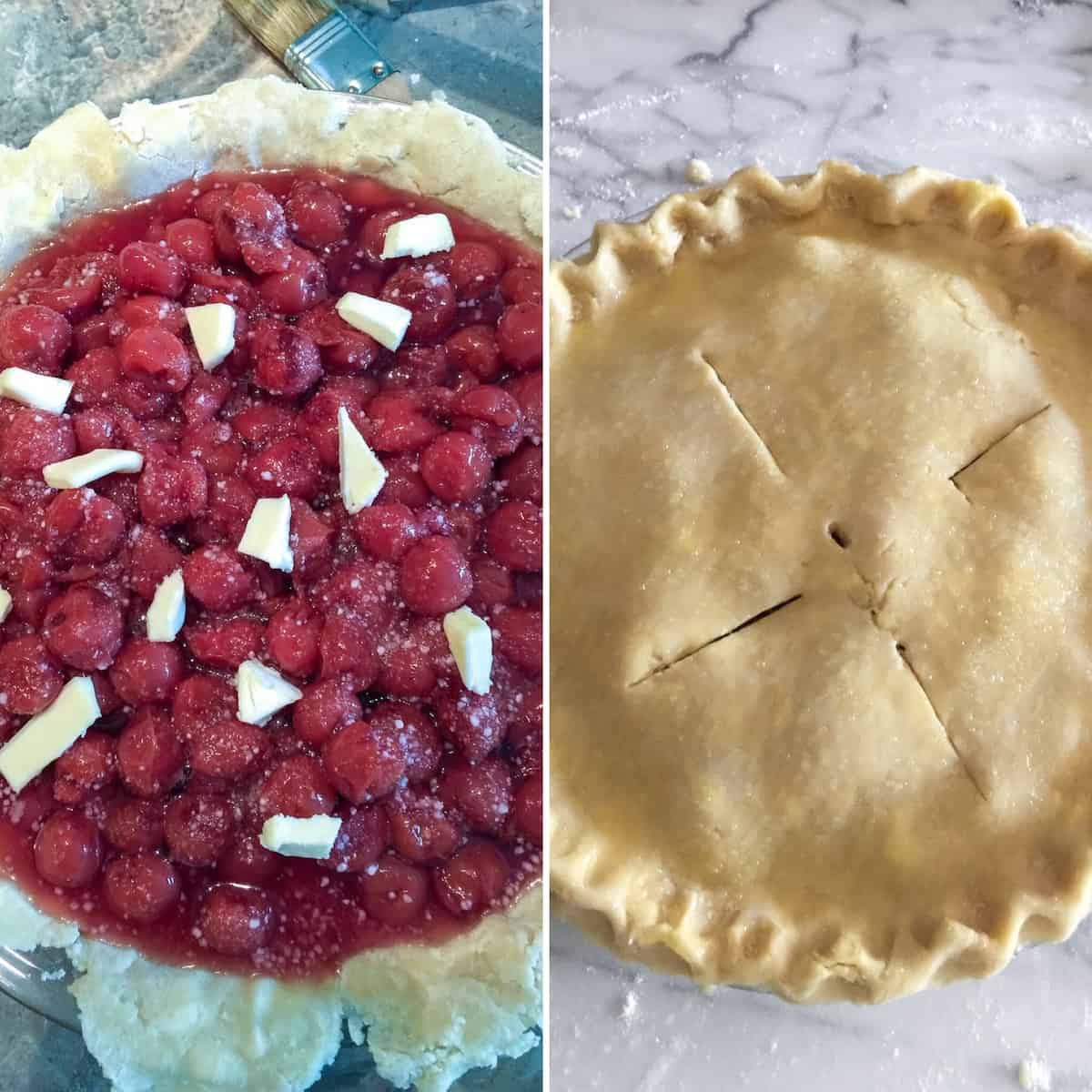 Step 3:  Roll out your pie dough, fill with cherry mixture and dot with butter.  Place top dough layer on top, seal and crimp.  Bake for about an hour until juices are thick and bubbly and crust is golden brown. 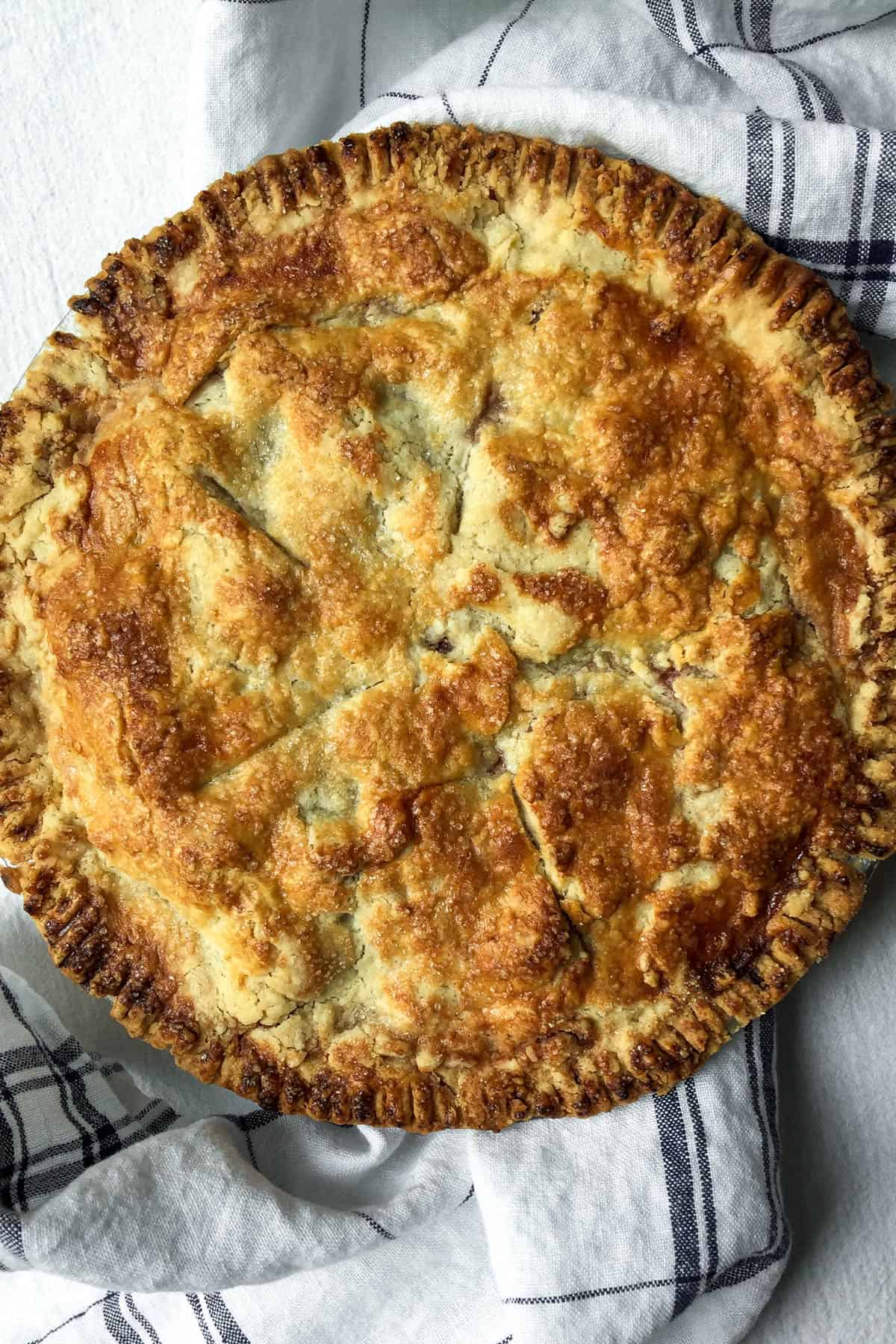 So, go ahead and make a cherry pie if you see fresh tart cherries at the market, tis the season for cherries.  If not, go ahead and used canned.  My daughter still squeals when she sees her momma's cherry pie on the counter.  Happy summer!  Kelly 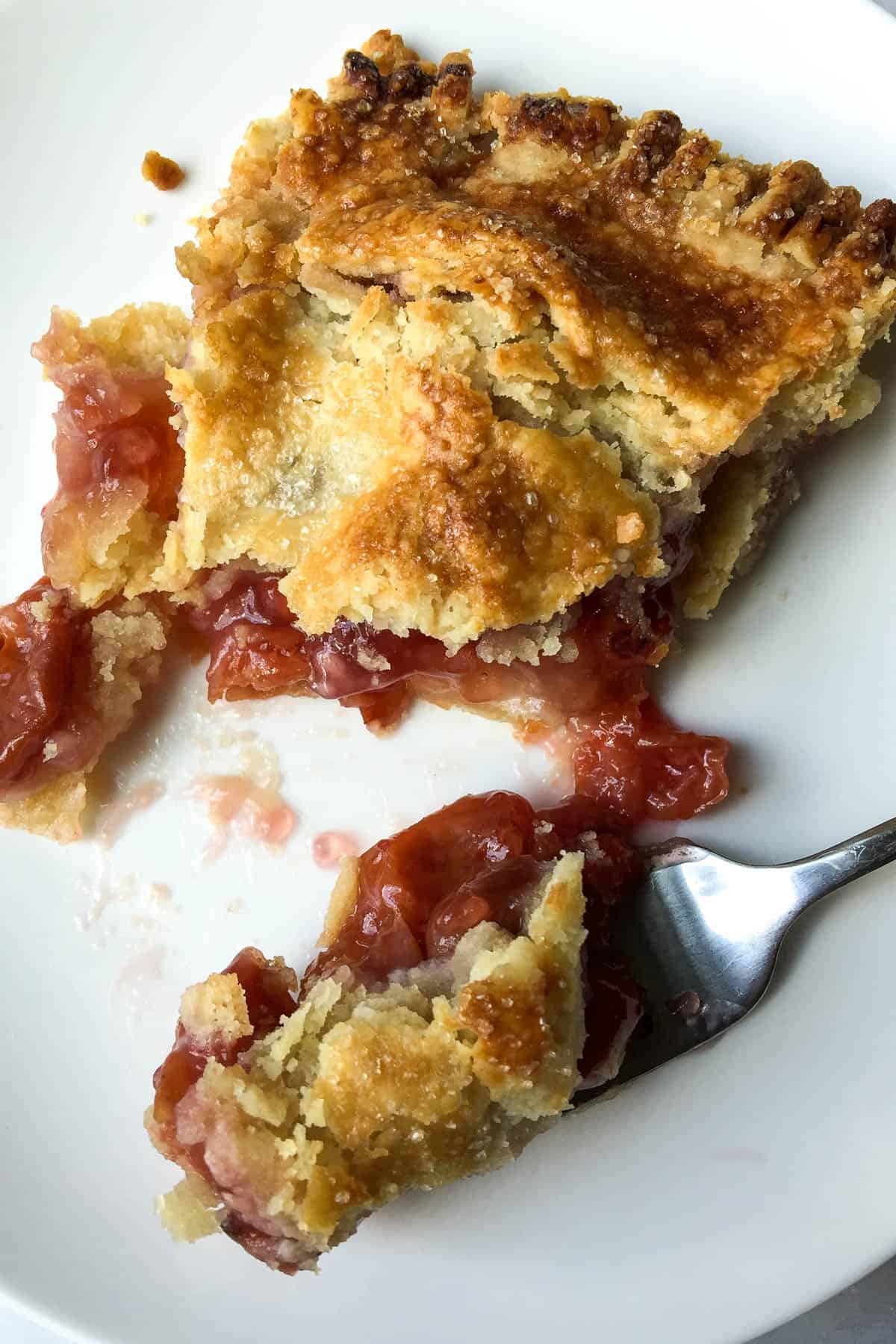 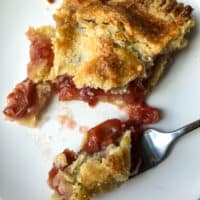 This is so delicious, and the pie crust was beautiful and flaky. This recipe is a keeper!

Thanks, JoAnn. My favorite pie I've been making for years!

The best cherry pie in the world. Meathead