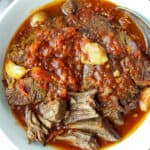 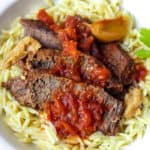 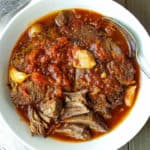 Easy Pot Roast with Tomatoes and Garlic, just three ingredients for the best pot roast ever ~ in the Instant Pot, slow cooker or braised in the oven. 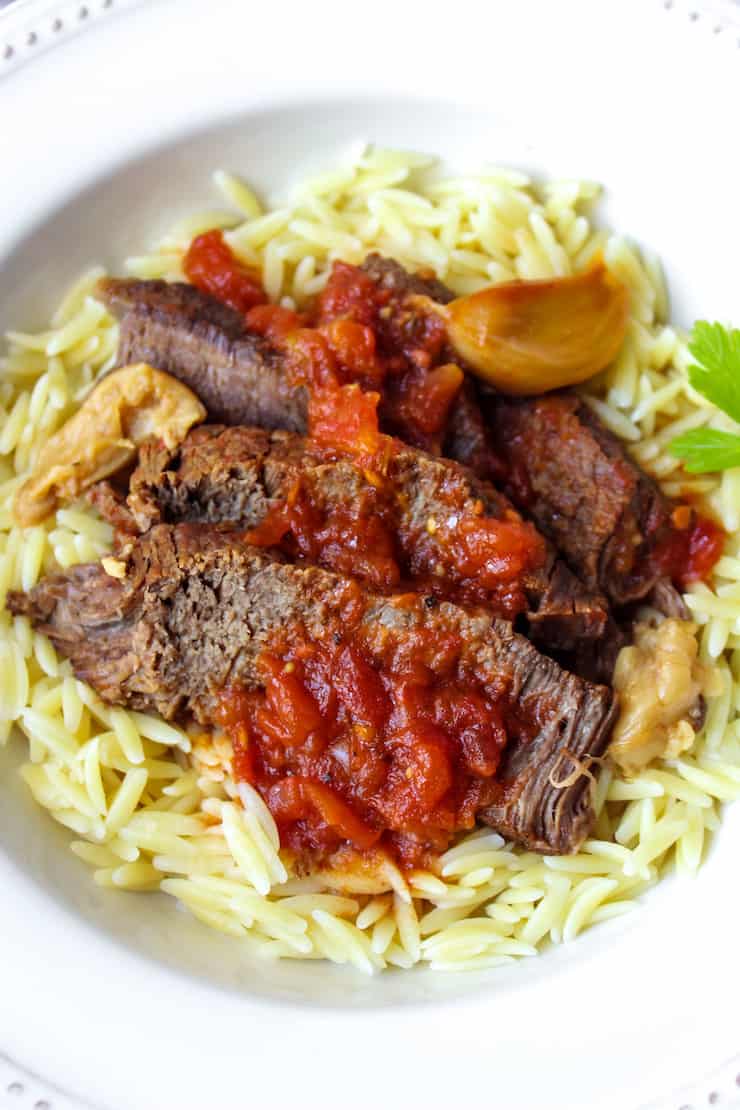 Few things make me happier than cooking something with a few ingredients that turns out beyond all expectations, just really spectacular.  That's how I feel about this pot roast, just three ingredients and the result is astounding.  It's one of my favorite comfort foods.  I mean, isn't pot roast supposed to be comforting? 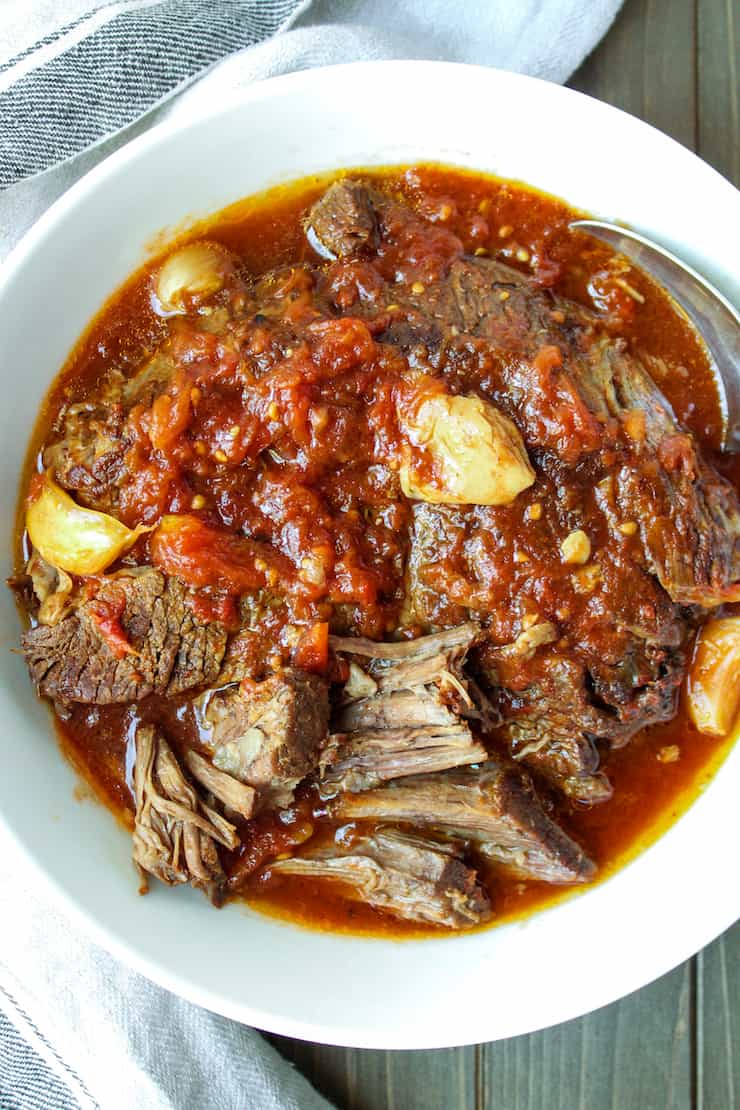 I got this recipe from Gourmet magazine (may she rest in peace) years ago.  I think they had a column that was all about five ingredients or less, or something along those lines.  Anyway, I made it, loved it, and have been making it ever since. 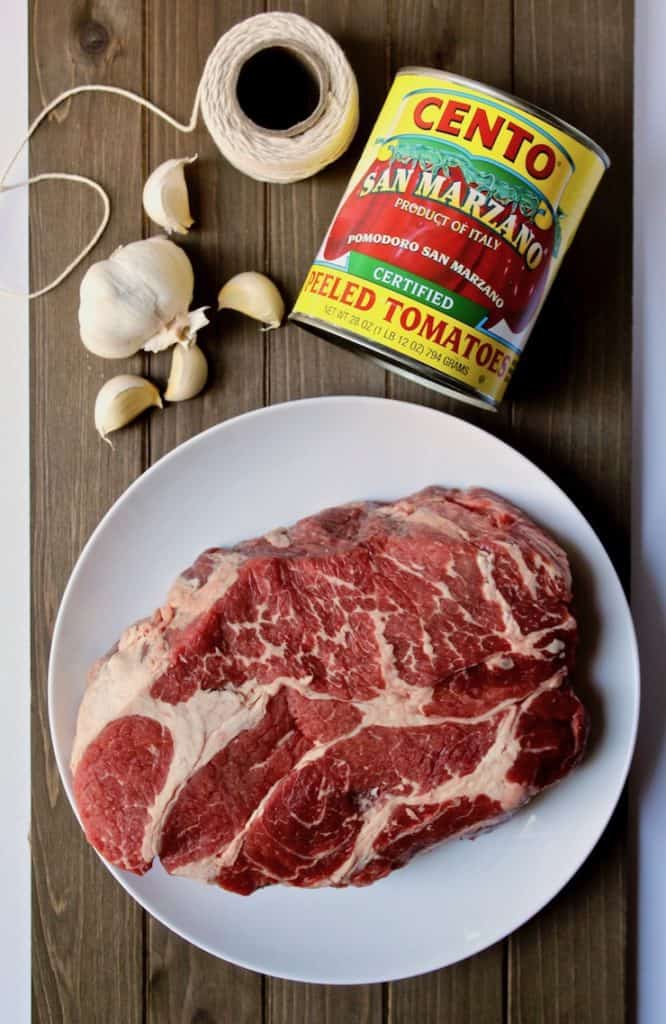 The original recipe is braised in the oven, a beef chuck roast with canned tomatoes and a whole head of garlic cloves.  I've also made it in the slow cooker.  And now, I tried it in the pressure cooker.  No matter the method, the results are the same ~ tender braised pot roast in tomato sauce with mellowed garlic. 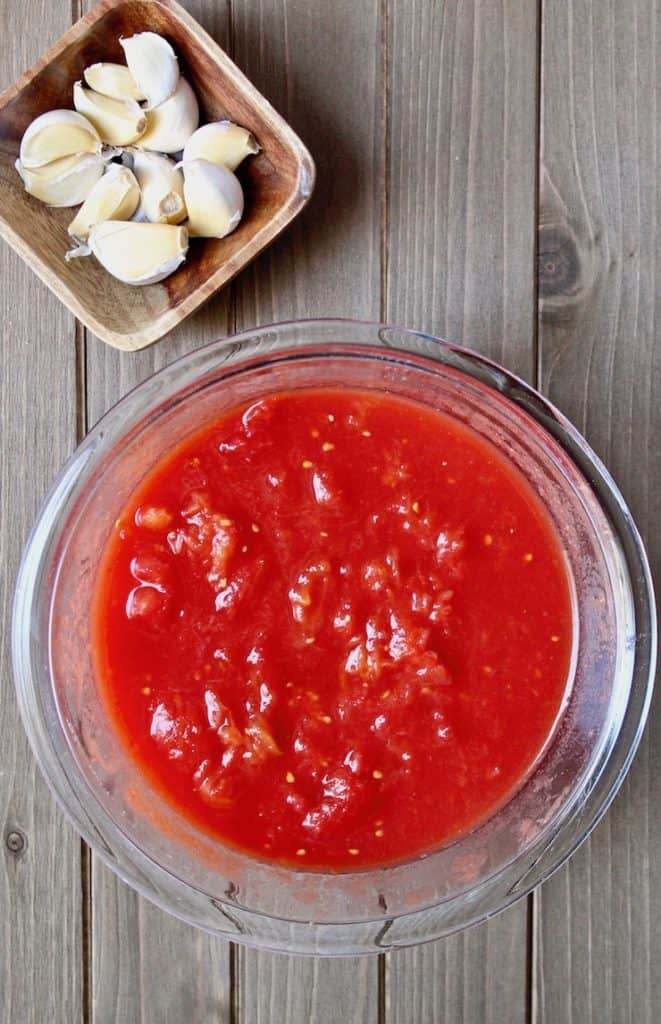 Don't peel the garlic, just separate the cloves.  The garlic will come right out of the papery skins after cooking, so good spread on crusty bread or just stirred into the beefy tomato juices.  You don't have to brown the roast first, you really don't, but I like to for more flavor.  And tying the roast with twine is optional also, it helps if you want to hold the shape for slicing.  We just slice and shred and dig in! 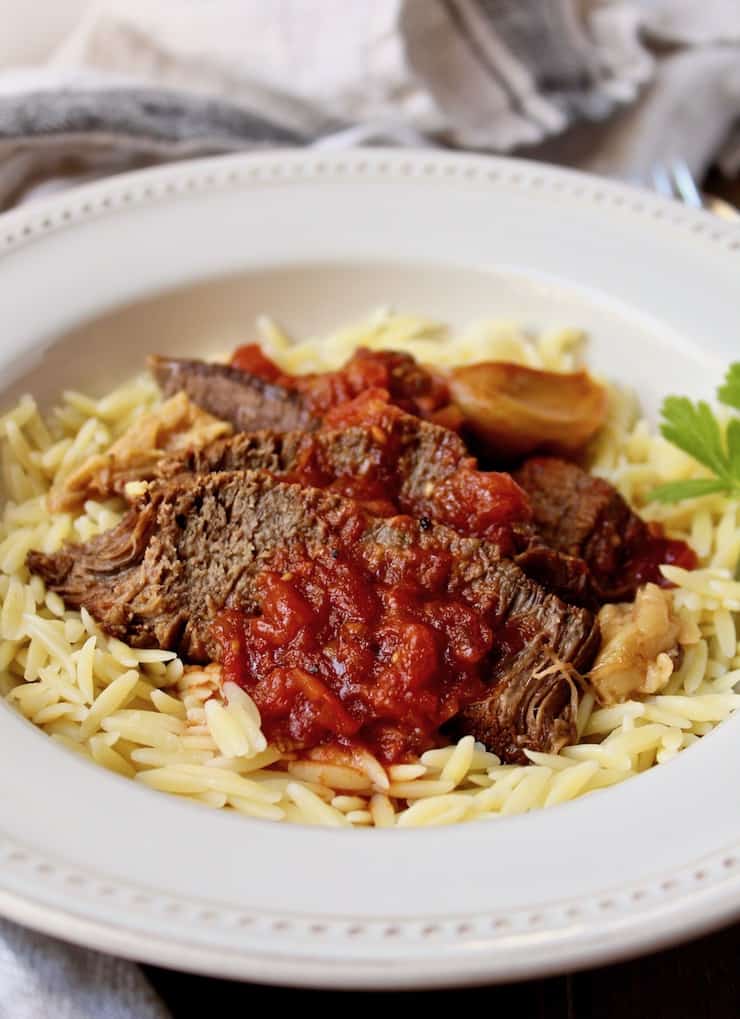 Pot Roast with Tomatoes and Garlic, it doesn't get any easier than this.  We like it over orzo or egg noodles, and once in awhile I make parmesan polenta to serve with it (Ina Garten's recipe).  I think you'll really like this, it's one of my favorites.  Best ~ Kelly 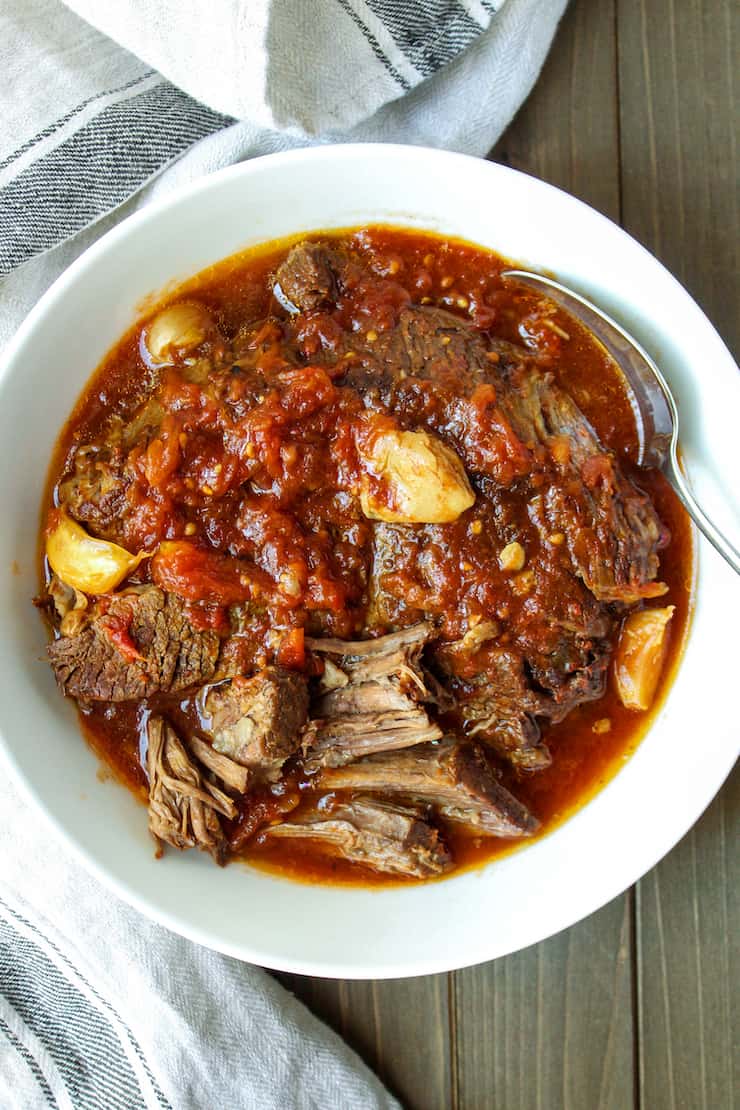 You might also like these two other easy dinner recipes with just a few ingredients ~ Penne with Prosciutto and Cream and Baked Chicken and White Beans. 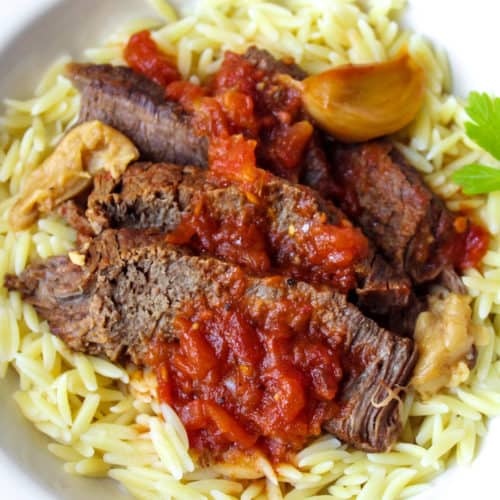 Will not be repeating. Just those ingredients is too shy. There should have been onions. Also, there should have been heavy cream (or coconut cream if you're paleo) to make the broth richer. Also... by braising the meat in tomatoes in the instant pot, the meat comes out tougher, drier, yet surrounded by stew. Also there are no measurements for salt or pepper. Though I seasoned liberally, though I stewed the meat, it was flavorless.

@Katie, obviously this isn’t the recipe you’re looking for then lmaooo

I wouldn't change a thing in this recipe, it doesn't seem to be for you. It is so good in it's simplicity and the garlic is wonderful on bread or stirred back into the pot roast. Salt and pepper are to taste. It comes out tender, not dry, in my Instant Pot. Sorry to hear it didn't work out for you or meet your expectations.

Definitely a favorite in my house, and so easy! Glad to liked it.

Just three ingredients.. and the results are astounding, to say the least.