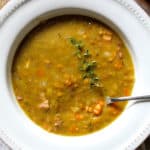 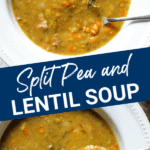 Split pea and lentil soup, comforting cool weather soup with split peas, lentils, bacon and ham.  Easy to make on the stovetop or in the pressure cooker. 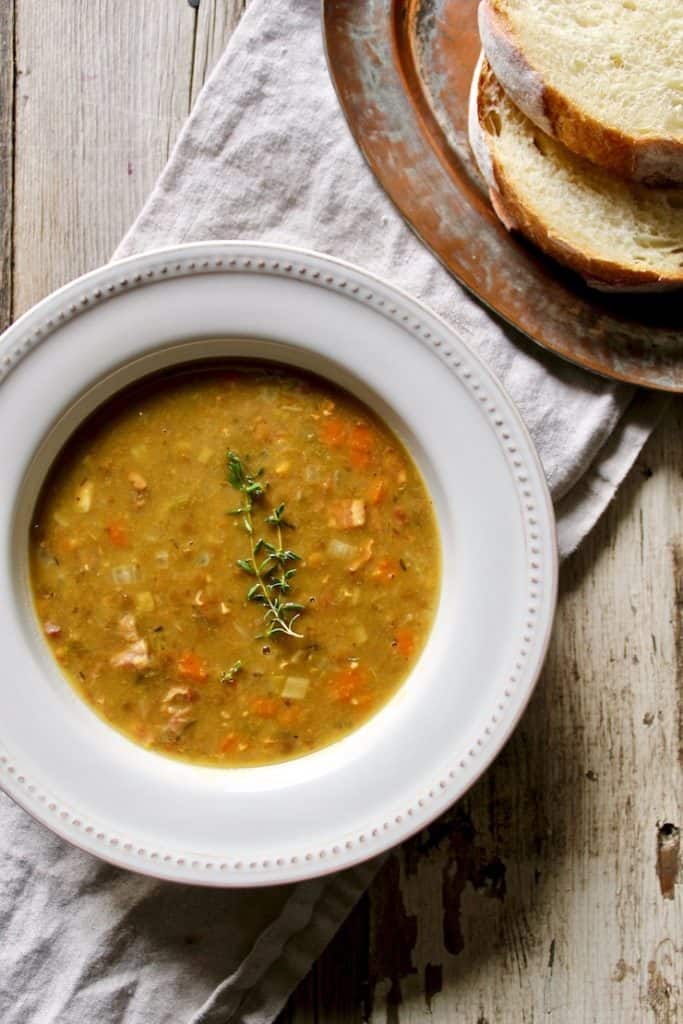 I'm not sure why I wanted to make this Split Pea and Lentil Soup last week, but I'm glad I did.  Maybe I got a taste for it when the hot, humid streak finally ended and we had a taste of some fall weather.  I used to make this years ago and then I lost the recipe.  I jotted down what I could remember on a little piece of paper and that's what I use to jog my memory. 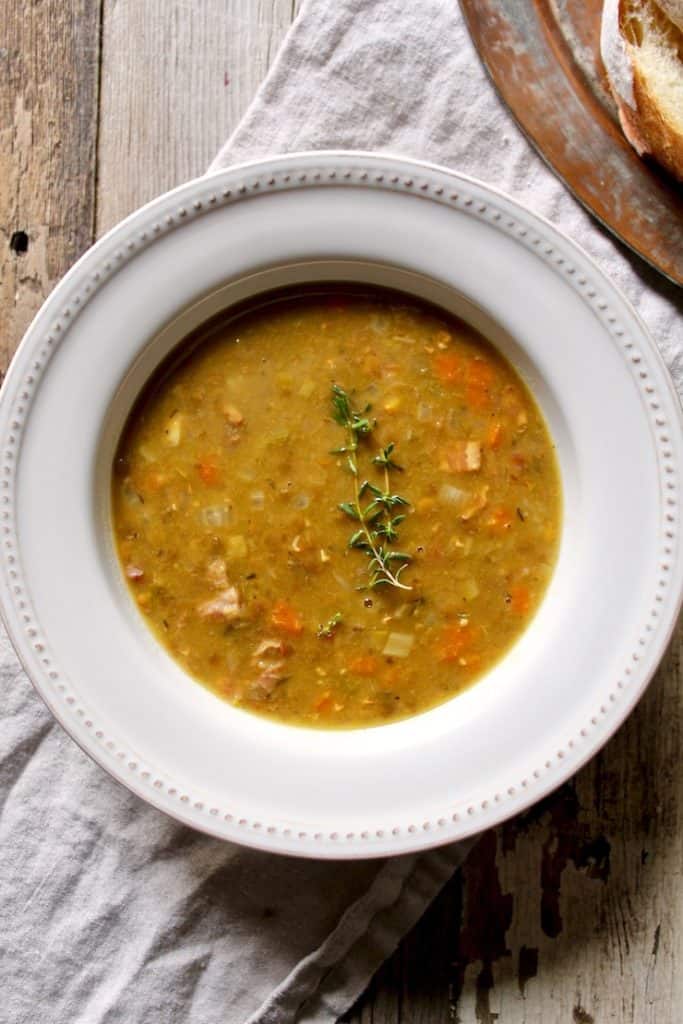 Meathead loves split pea soup and, unfortunately, he buys cans of the chunky, gloppy kind to satisfy his craving.  I don't make split pea soup often, usually around a holiday if I have a leftover ham bone.

But you know, it's not hard to make and so I'm going to start making it again.  In addition to split peas, my version has lentils.  It's good for you, satisfying and the smoky bacon and ham shanks gives it incredible flavor. 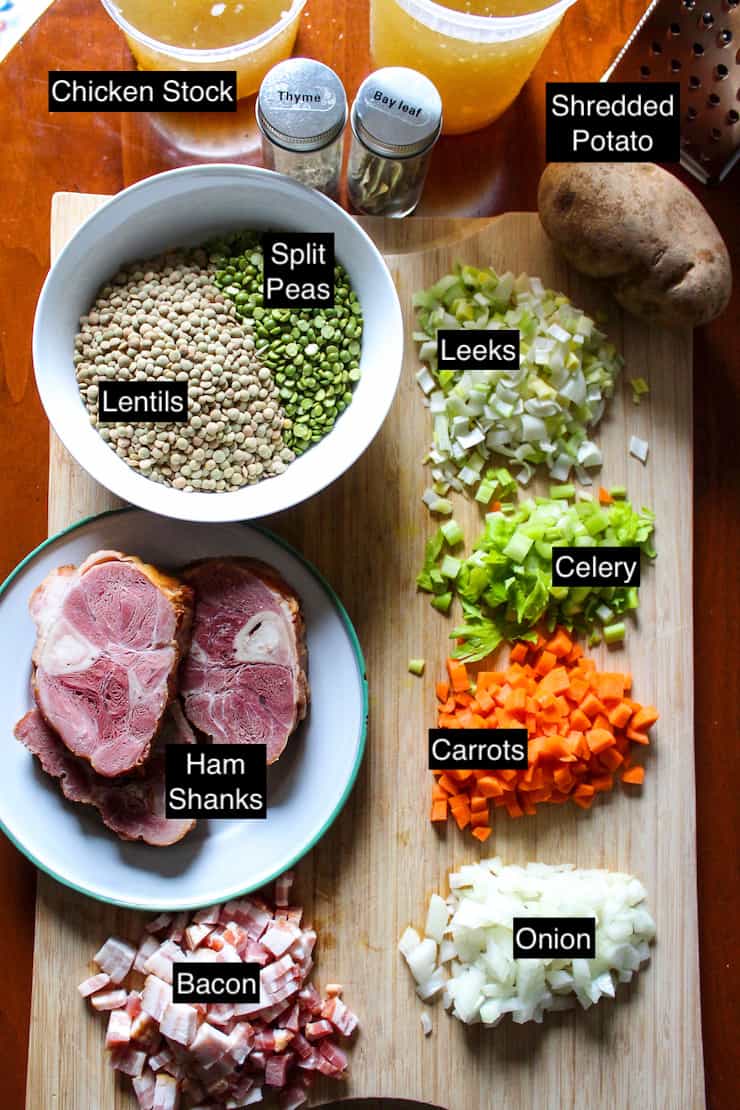 I start with bacon, and then soften and lightly brown some vegetables in the drippings for the base.  I use homemade chicken stock, ham shanks for more smoky flavor, and shredded potato to thicken it up.  It only needs about an hour to simmer for the split peas and lentils to become tender.

When the soup is done, you can chop up the meat from the ham shanks and add it back in.  You can use a smoked ham hock to give the soup a ton of flavor, but probably no meat to be had.  That's why I prefer a meaty ham bone if I have one, or ham shanks. 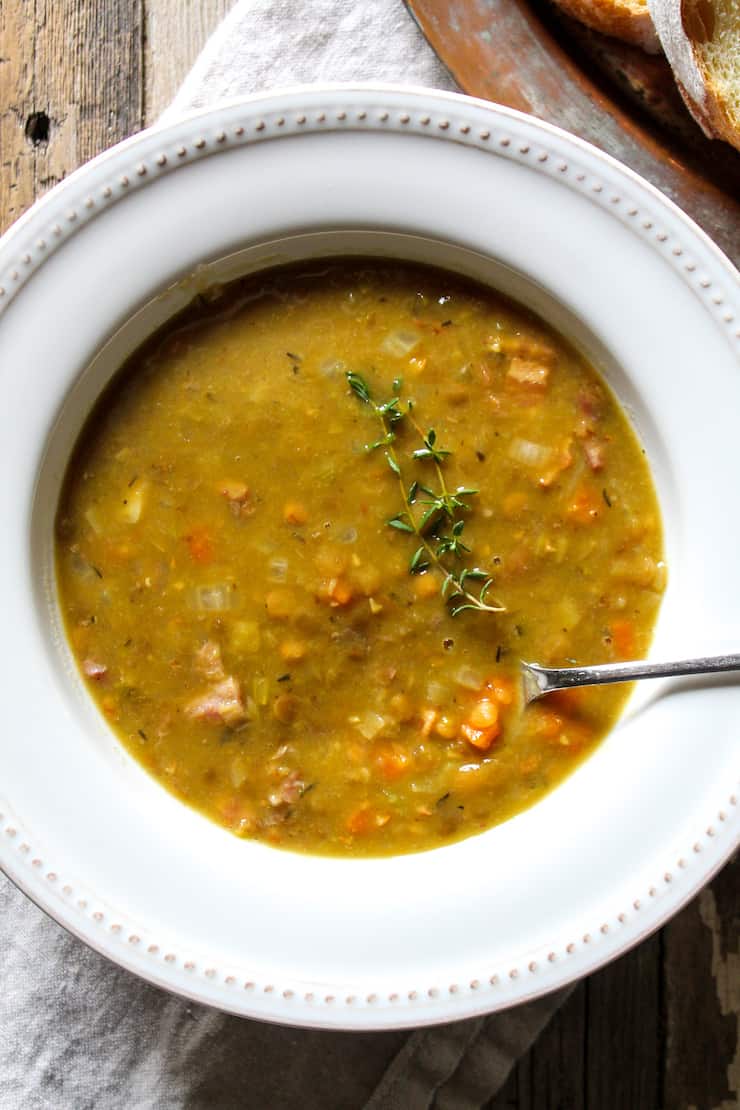 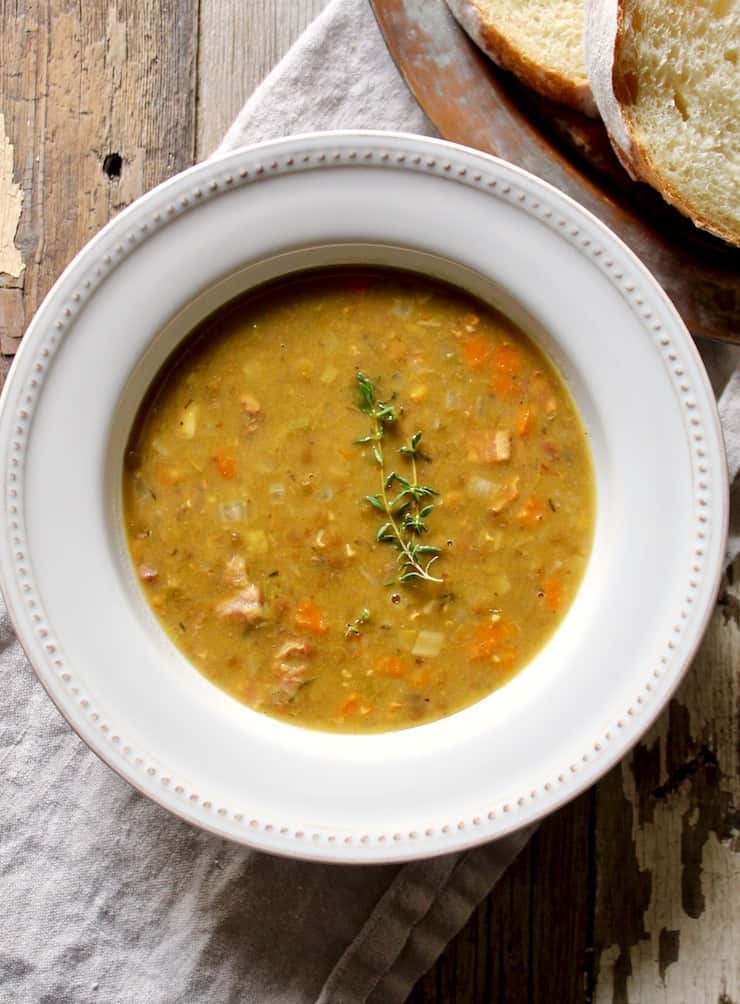 Split peas and lentils ~ a great combo for soup.  We had it for dinner with some crusty bread and then again for lunch the next day.  And, of course, it was even better the next day.

So even if it's not a holiday or you don't have a leftover ham bone, don't let that stop you from making this terrific and hearty Split Pea and Lentil Soup.  It's what comfort food is all about.  Kelly🍴🐦 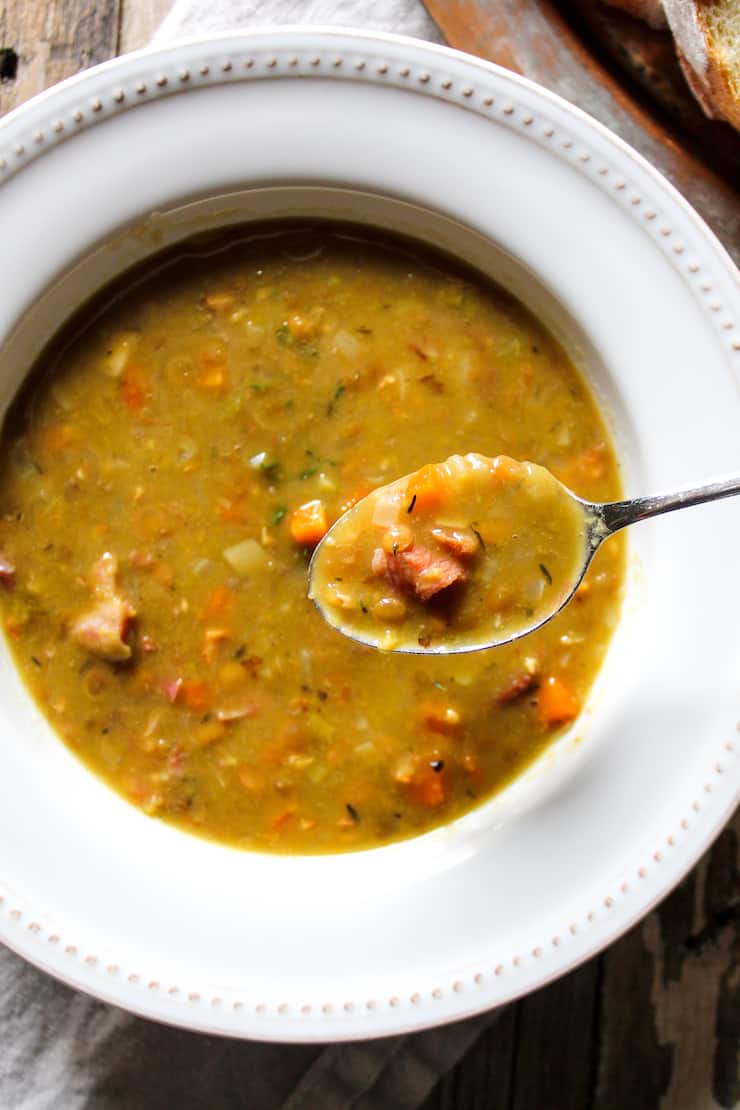 I've updated the recipe to include instructions for making in the Instant Pot.  I love it either way, but with the pressure cooker there is no tending to the pot while it simmers on the stovetop and the resulting soup is a bit creamier, just sayin'. 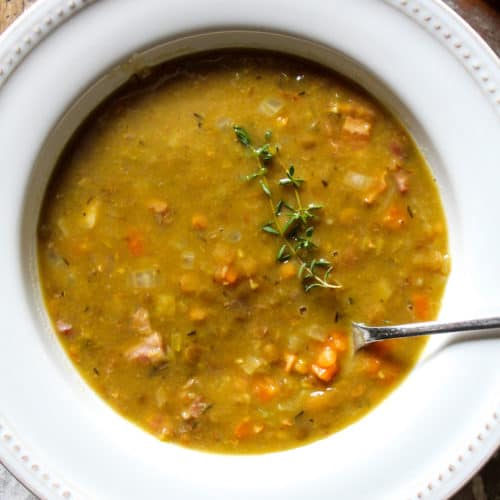 To make in the Instant Pot:

I love that you have recipe instructions for both stove top and instant pot. I can't wait to try this recipe on my family tonight, Thanks!

We made this last night almost to a T but my husband’s inner chef always comes out and he added a few other spices like cumin, turmeric and swapped shredded russet for two small diced red potatoes. Oh and instead of ham shanks (cause there wasn’t any at the store) extra bacon and some butter. Amazing, had some more for lunch today! Sooo delicious! 🤤 side of bread of course! Thanks for the recipe Kelly! ❤️

Sounds delish! Nothing wrong with letting that inner chef come out!

Delicious! So good with garlic croutons and a little hot sauce Ooooo!

Making it this Friday

Great flavor! I followed the recipe but added more carrots, the full potato and 1 c each (rather than 3/4 c) of lentils and split peas, and 1/2 t of oregano. The smoked ham shanks really added much flavor. Great recipe and one I will keep and make again.

I'm so glad you liked it, it is so flavorful, one of my husband's favorites!