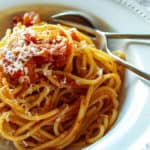 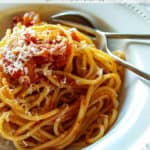 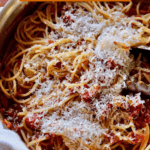 Spaghetti with Bacon Sauce, simple and rustic version of the Italian classic all'Amatriciana, adapted from my dad's Romeo Salta cookbook. 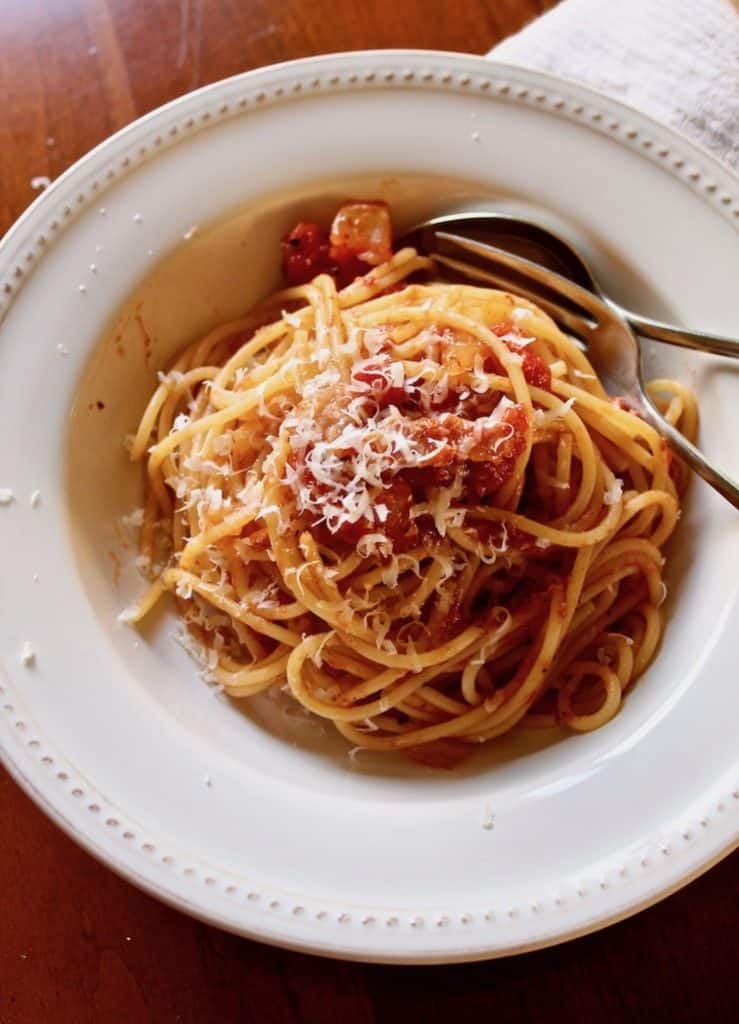 I grew up in the 70's with a father who was an amazing cook.  He used to make a spaghetti with bacon sauce that I loved.  If I came home from school and asked what's for dinner and was told this spaghetti, I could hardly wait to eat.  It was so good and there was lots of slurping at the table, everyone trying to get every last bit of sauce. 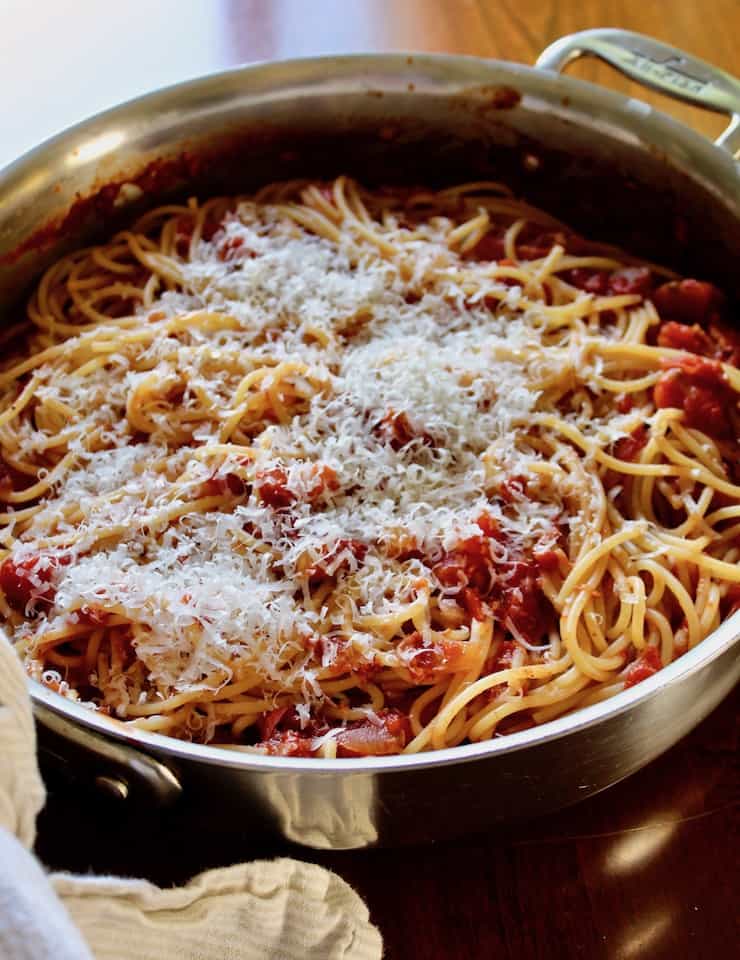 I've asked my mom if she remembers how dad made this and she always says she has no idea.  So, like so much of my dad's cooking, I have only memories.

Recently a package arrived in the mail from my mom.  She was going through my dad's many cookbooks and found the one with the spaghetti with bacon sauce recipe!  It's from The Pleasures of Italian Cooking, by Romeo Salta.  And it's signed by Romeo and also has some handwritten notes from my dad.  How cool is that?!?

I did a little research on Romeo Salta.  He is largely credited with starting the fine Italian cooking movement in the states and became quite the celebrity chef.  His namesake restaurant in New York had a stellar reputation, with many dishes cooked table side.  He was also known for his simple, authentic and honest Italian cooking. 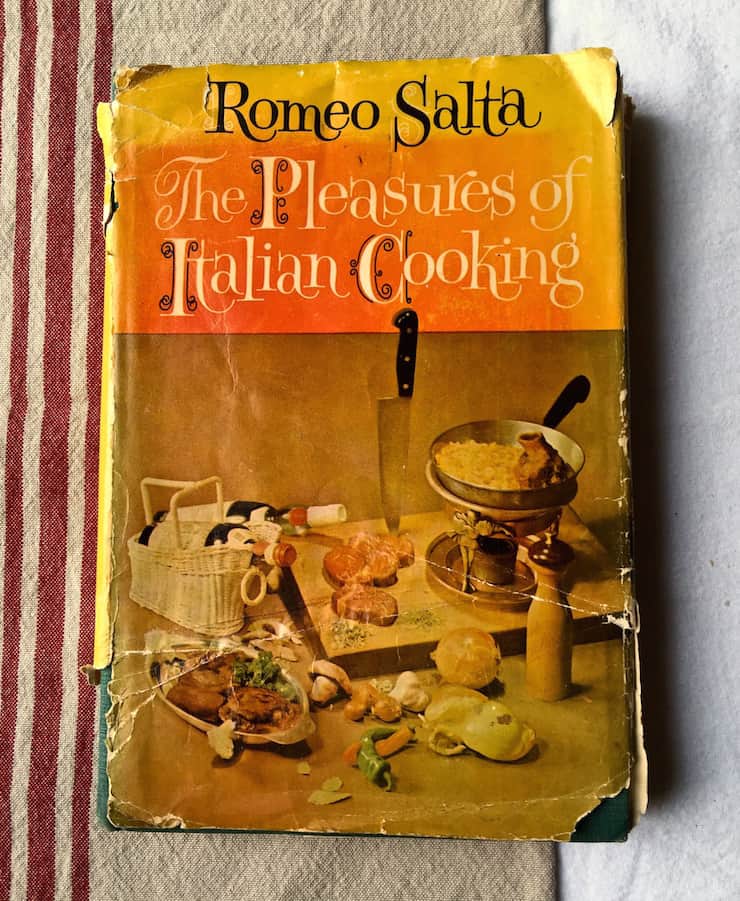 This dish is called Spaghetti all' Amatriciana, or spaghetti with bacon sauce.  And while most amatriciana recipes call for guanciale, bacon is easily and often substituted.

I'm pretty sure my dad made it with canned tomatoes.  I used fresh roma tomatoes and my sauce wasn't as "thin" as my dad's.  The sauce also has some bacon, onion and white wine along with the tomatoes.  It's topped with grated Pecorino (or Parmesan) cheese.  A classic Italian-American interpretation, simple and so good. 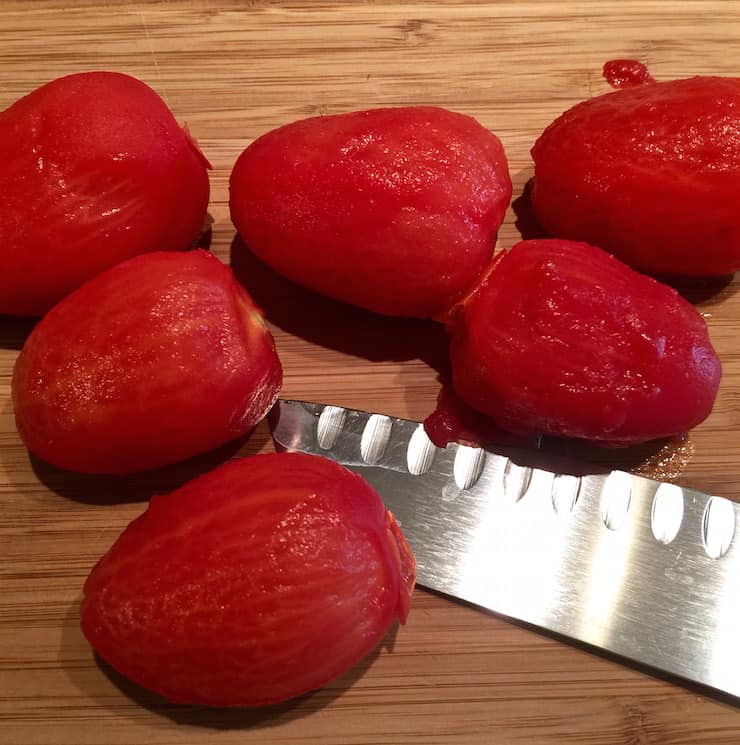 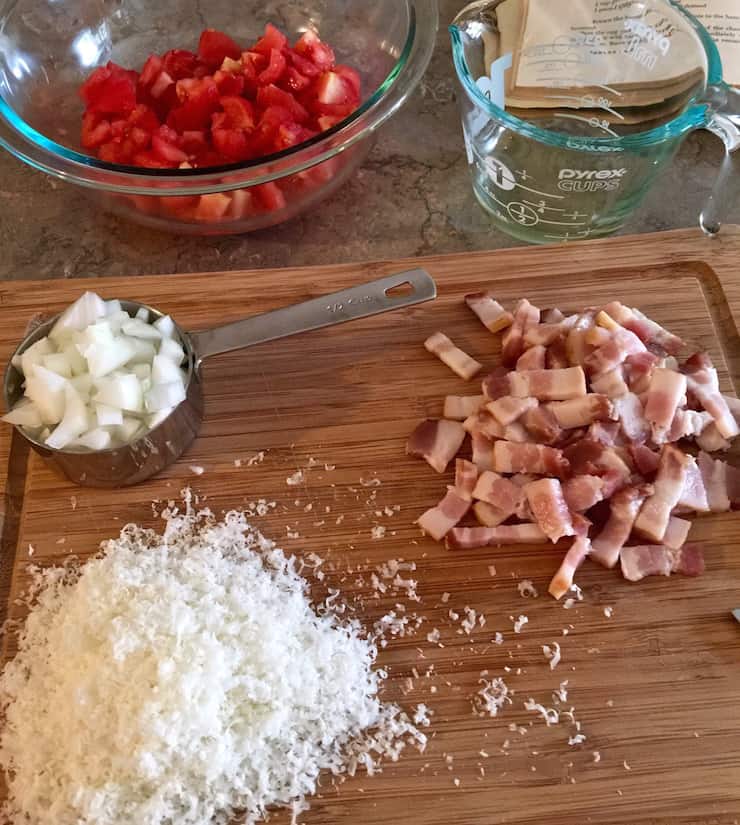 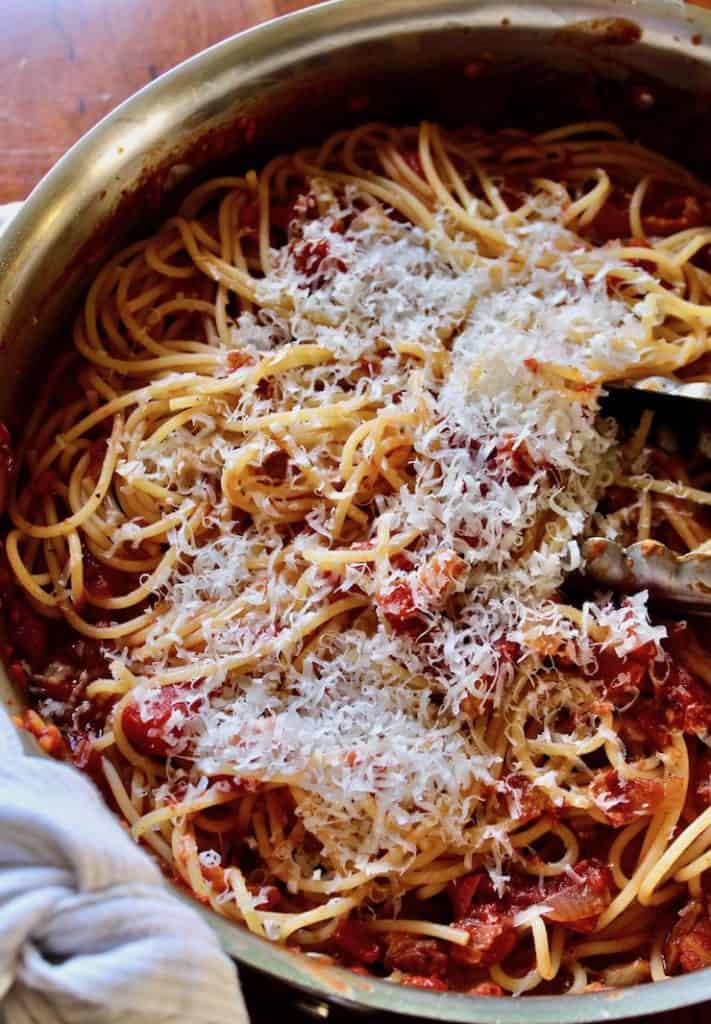 I am so thrilled to have this cookbook and that my mom found it.  The recipes are classic and I'm looking forward to trying some of them.  I can see why my dad liked this cookbook so much, such a treasure.  Papa would be so happy to see me making this spaghetti. Best, Kelly 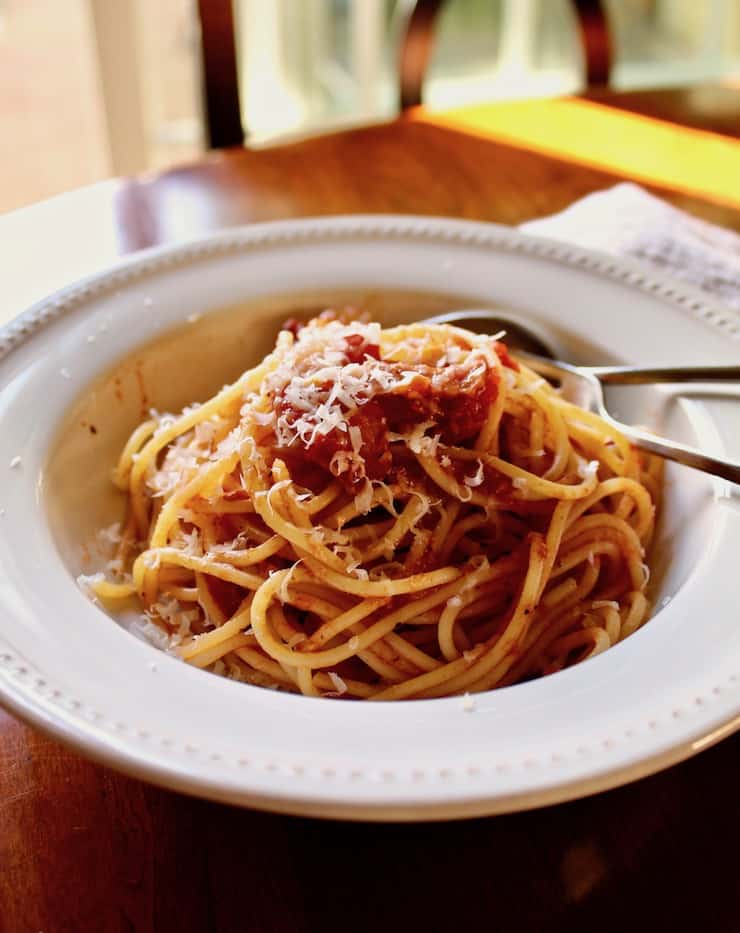 You might also like this baked spaghetti dish from my great grandfather, adapted from an Italian restaurant in Chicago. 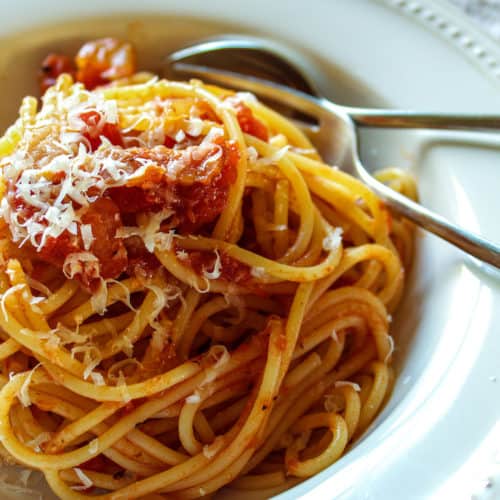 *Adapted from The Pleasures of Italian Cooking, by Romeo Salta

I absolutely love your sweet story! It’s my sisters Birthday and she requested my spaghetti. I wanted to try it with bacon and stumbled upon your recipe. Well after reading your story I fell in love with you and your recipes. I make spaghetti, which is similar to yours but the touch of bacon gives it that.... hmm what is in this that kicks it up a notch my family said! Thank You Kelly! You helped make my Spaghetti Birthday dinner that much more special as I thought of your sweet Dad as I made it!

Thank you so much for this feedback! It made my day, never know when my back stories bore people. I love this story, too, glad it was a birthday hit. Bacon makes everything taste better!

This pasta is very similar to BUCATINI ALL’AMATRICIANA except you would use pancetta, which is unsmoked Italian bacon with juniper and pepper, I tried it with regular bacon and loved it. Thank you.

I'm not sure which I love more ~ This amazing looking pasta or the story that goes with it ~ it touched my heart. Wait ~ the pasta won because it touches my stomach which always comes first :) You're such a natural storyteller ~ humorous and heartfelt and I crack up at your "pet names" for your family in all your posts. I'm I think we'd get along really well. Thanks for sharing your memories. Have a great day!

Bernie, thank you so much! Too sweet. I enjoy A Gouda Life very much, and yes, I think we'd get along splendidly...good food and a little wine always.